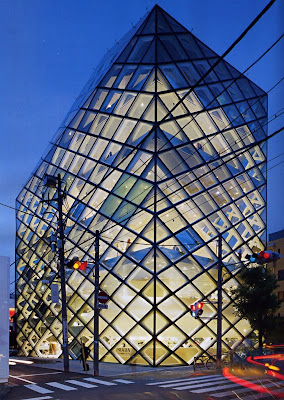 ESPAÑOL
I think it will be interesting to compare the work of two foreign offices in Tokyo: Herzog & De Meuron and Renzo Piano, both Pritzker Prize laureates. Both use glass in the design of ravishing fashion stores, converting their works in glamorous, elegant lamps. However, while Italian master uses the concept of curtain wall for his Maison Hermes store, the Swiss architects applied the concept of a frame structure for their Prada (2003). 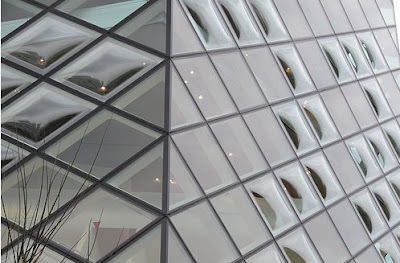 LOCATION
The Prada store stands in Harajuku, Aoyama district, near the Omotesando boulevard. 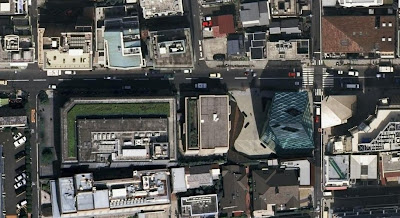 CONCEPT
The store designed by the Swiss architects Jacques Herzog and Pierre de Meuron appears as a sculptural element in the middle of the compact urban fabric. 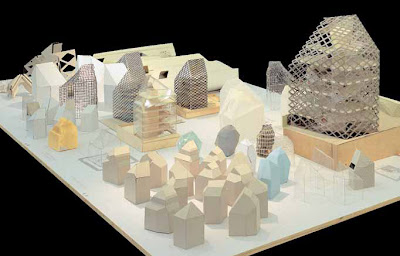 Images and sections courtesy of Herzog & De Mouron
As we approach to the building during the day, the form stands out in the skyline basically composed of concrete boxes. The shape of Prada, with its green glass faceted surface, looks like a kind of emerald, it seems carved rather than constructed. 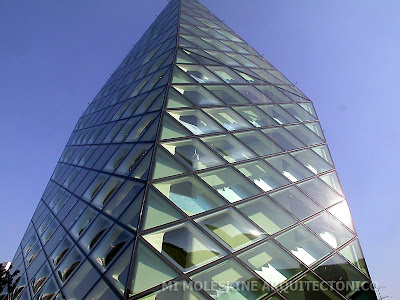 Three views of the volume of the building.
The building is preceded by a small square, gained from Tokyo's speculative public space, where every square meter is used to its full commercial value. But this square, defined by a moss covered, aging looking wall, seems to have little social success (it is a bit intimidating to sit there and be observed by the fierce look of the security guards). It is, however, useful to better appreciate the architecture. 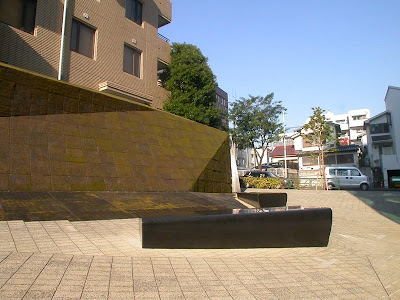 "We decided early on to focus on vertical volume containing the maximum permitted gross floor area so that part of the lot acreage can remain undeveloped. This area will form a kind of plaza, comparable to the public spaces of a European city." 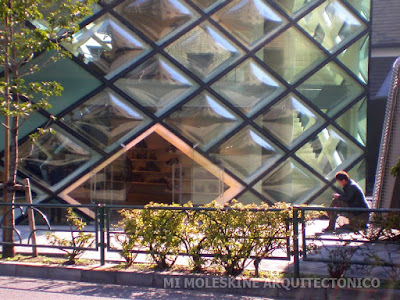 It is an irregular volume, its 6 floors have been crafted so that the volume does not seem so high, and also to comply with height regulations imposed by the urban planning in this area. For this reason, some of its corners have been lowered, so that the perception of its volume varies from the user's location.
The volume consists of a diamond grid of made of metal pipes, whose openings have been cladded with glass panels, either concave, convex or flat, some transparent, others translucent, giving texture and variety to the surface. 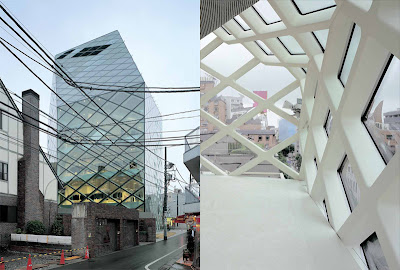 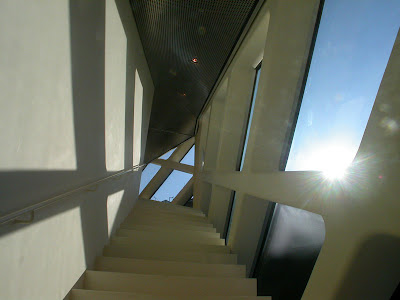 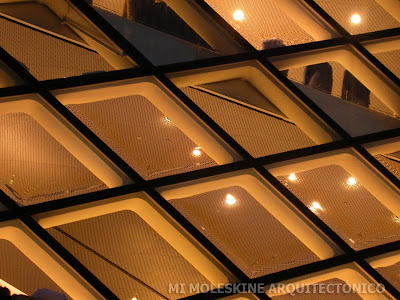 "an interactive optical device. Because some of the glass is curved, it seems to move as you walk around it. That creates awareness of both the merchandise and the city—there's an intense dialogue between actors. Also, the grid brings a human scale to the architecture, like display windows. It's almost old-fashioned."
Jacques Herzog. 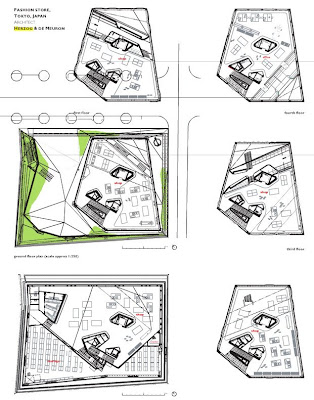 This frame defines the shape of the openings (including the entrance) and behaves like an element that unifies the irregular and gently angled shape of the building. 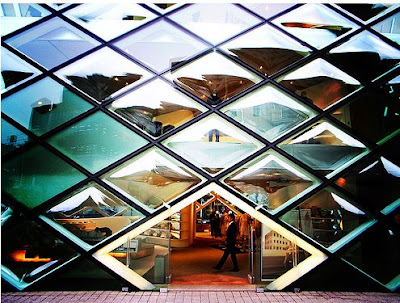 Photo courtesy of mcoxy
The rhomboid-grid has also structural purposes, behaving like a flexible mesh that supports, along with the elevators, the concrete slabs and allows more elasticity to the union of metal and glass in case of an earthquake.

3D representation of the structural system 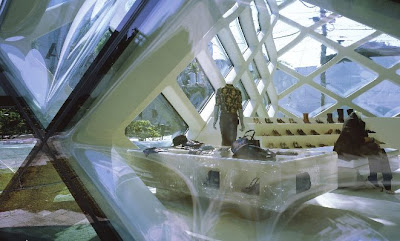 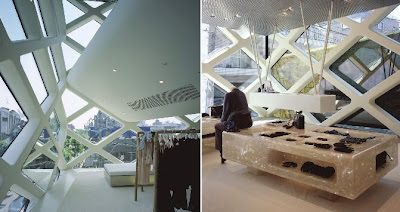 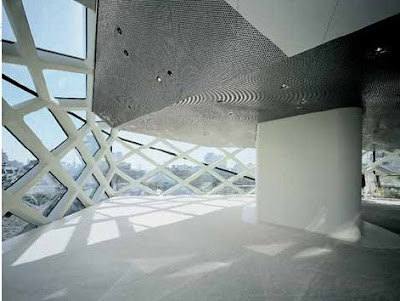 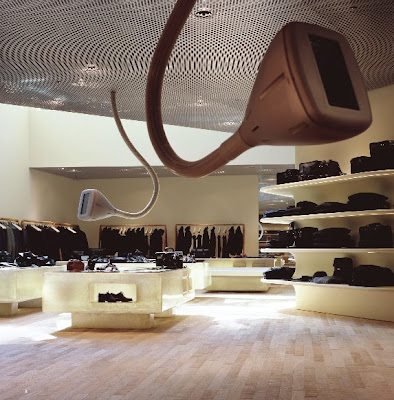 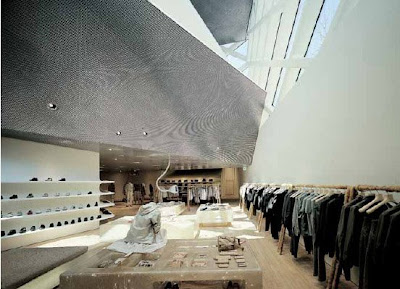 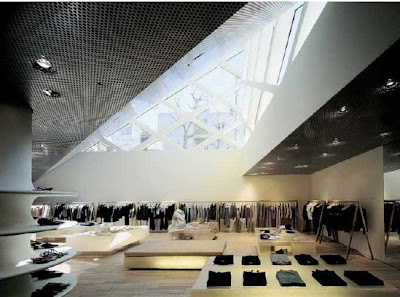 Photos courtesy of The Sketch 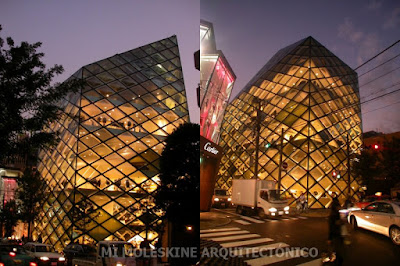 In this way the interior becomes much more exposed, to be shown to the outside, behaving like a giant shop window. 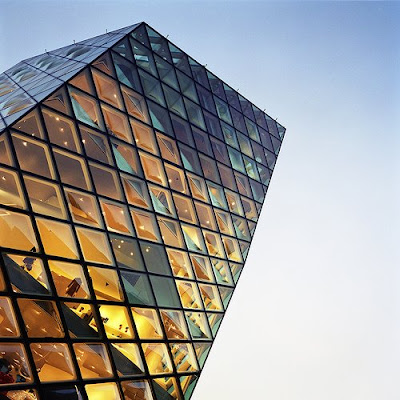 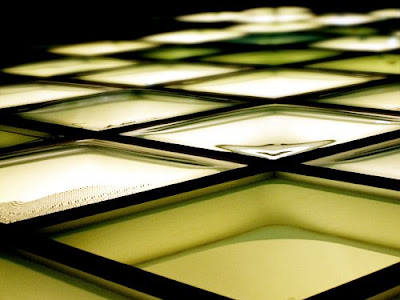 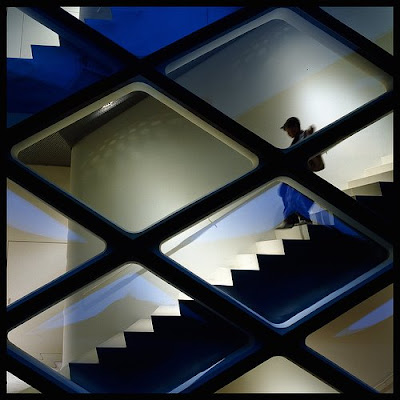 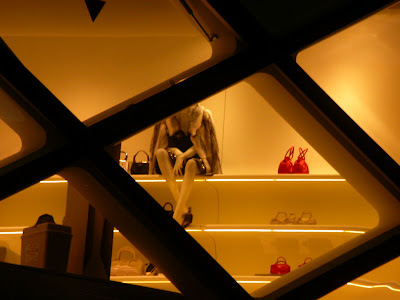 Posted by Carlos Zeballos at 12:25 PM