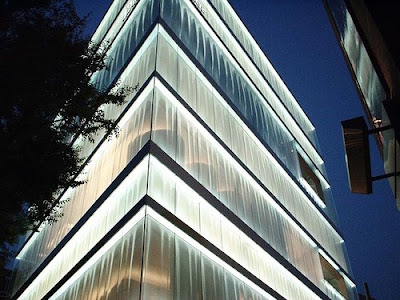 Omotesando is, along with Ginza, one of the most important commercial areas in Tokyo dedicated to the fashion, housing a constellation of the world's most famous fashion brands and where they have gathered, as in few places in the planet, notable works by major Japanese and international architectural firms.

Several projects of renowned Japanese architects populate the areas of Omotesando and Ginza, such as Fumihiko Maki (Spiral Building), Tadao Ando (Omotesando Hills, hhstyle Armani Casa and Collezione), Toyo Ito (Tod's and Mikimoto ) and Kisho Kurokawa (headquarters of the Nursing Association). In addition, there are some works by foreign offices, such as Prada by Herzog and DeMeuron, Gyre by MVRDV and Mansion Hermes by Renzo Piano.
This post will be dedicated to the Tokyo offices of the internationally famous brand Dior, which commissioned their Omotesando and Ginza branches to SANAA (Sejima and Nishikawa Architects & Associates) and Kumiko Inui, respectively.

Some of the works of architecture's most famous shopping boulevard congregate near Omotesando.
SANAA (Kazuyo Sejima & Ryue Nishizawa)
OMOTESANDO DIOR (2003)

The proposal for Dior by SANAA is minimalist and simple, as many of other works by this office. It's a great prism of glass and metal, austere and without ornamentation. However, it is based on a conceptual "skin", which becomes an element that allows a different degree of visual interaction with the interior of the building. 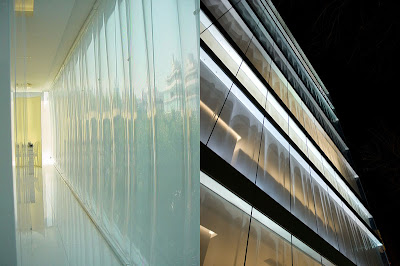 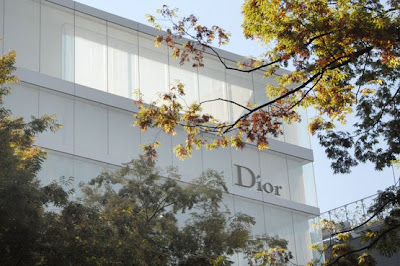 Photo courtesy of Galinsky
To achieve this result, a translucent acrylic coating is used, placed behind the glass. The opacity of the acrylic is different at each level, so the lighting effects seen from outside also varies, both during the day (according to the light variations by the time of the day or the weather status), and especially at night, when the building is illuminated from within, and looks like wearing a thin, lightweight clothing. 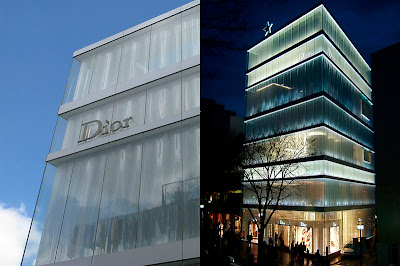 Photos courtesy of Ichisan and Haseo
The acrylic curtain also allows a separation between the outside (a facade designed according to the architectural principles of SANAA) and the interior (occupied with a more commercial criterion for the Dior store). In this regard, Kazuo Sejima says:

"Mr. Arnault is a very rich man, and he wants to sell as much Dior as possible. And we're not so interested in it. We separate divide the exterior and interior. The exterior is very beautiful and behind the wall is their intention (she refers to the company). We try to keep some conflict. " 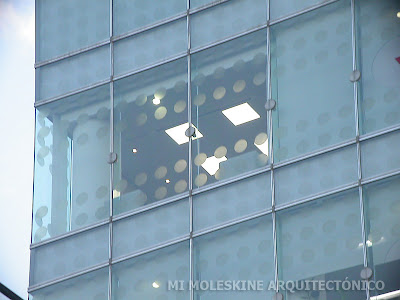 Still, SANAA managed to design som experimental interior details, for the perceptual self-exploration. For example, in the dressings, instead of mirrors, they proposed real-time projections of the user. 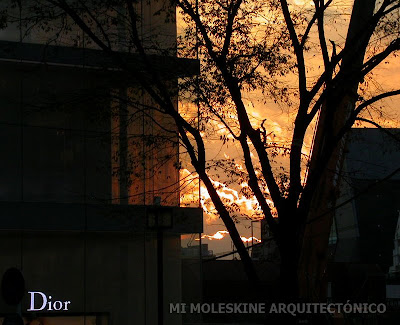 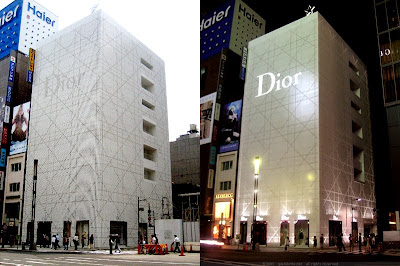 This Dior building, whose facade was designed by young architect Kumiko Inui, also explores the concept of skin, in a simple but powerful way. 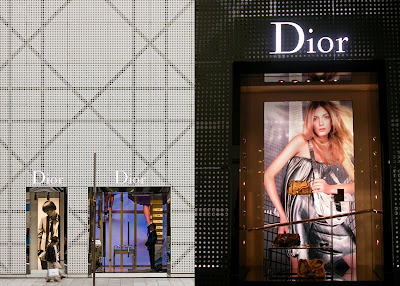 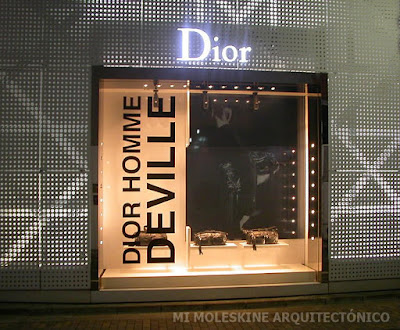 While the building is a quite common rectangular box-shaped, is the renovation of the facade which gives it a special character. 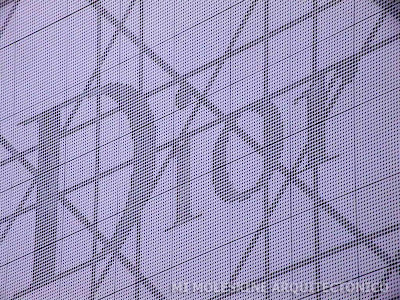 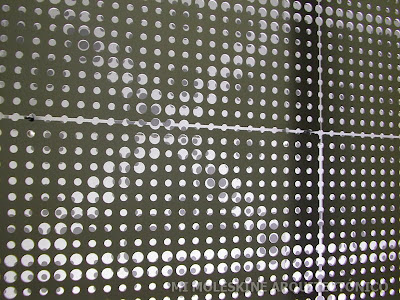 This is a double skin that wraps the building, made of white metal perforated in different patterns, creating an effect of texture and depth which, despite the hardness of the material, affords to give lightness to the facade. 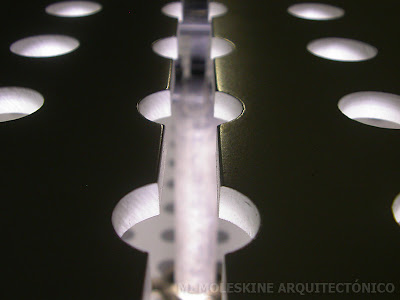 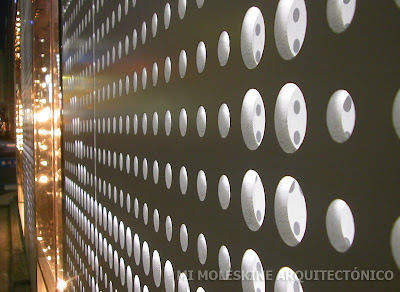 Again, it is at night when the double screen produces an almost magical effect, thanks to the fiber optic lighting that filters through the pattern formed by thousands of holes of varying diameter that are arranged alternately in horizontal and diagonal directions.
SEE ALSO:
- SHOPS AND COMMERCIAL FACILITIES. 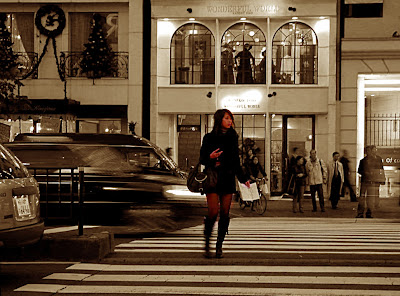 Do not run over her, please!
Posted by Carlos Zeballos at 12:10 PM