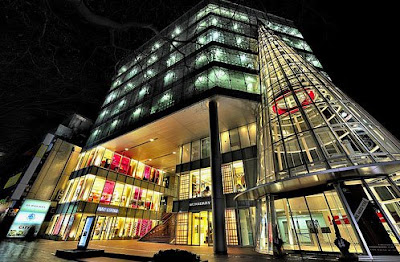 Photo courtesy of koki
ESPAÑOL
The Nursing Association of Japan had already an office in Omotesando long before this area was filled with chic boutiques. Under the new role of the street and not wanting to lose its social character, they entrusted the renovation and expansion of their headquarters to architect Kisho Kurokawa, who died recently. 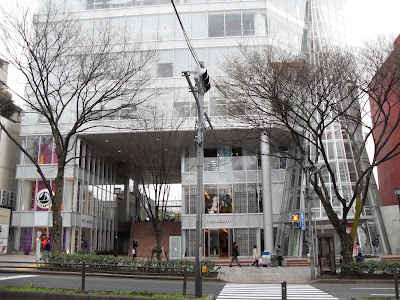 Photo courtesy of japanese craft association
It is located close to other famous buildings, such as Dior by SANAA, Gyre by MVRDV and Omotesando Hills by Tadao Ando. Not far from there is also Spiral, by Fumihiko Maki . 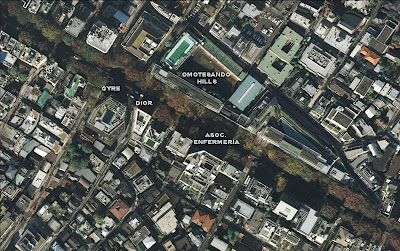 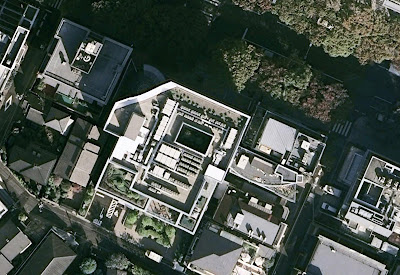 See location on Google Maps
CONCEPT
After being one of the founders of the Metabolist Movement in the 60's Kurokawa's ideas evolved to the so called "Symbiosis", suggesting in this case an integration of the building with its surroundings.
To this regard, Kurokawa functionally includes a number of shops in the first floors, integrating the building to the surrounding commercial area of ​​Omotesando. 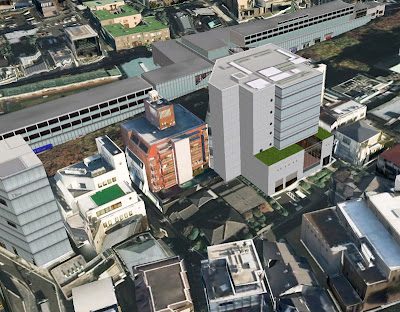 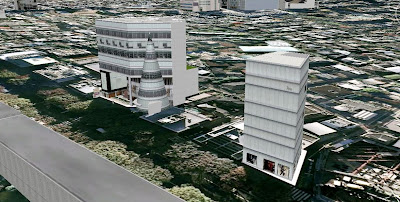 A portico allows the street to be integrated to the interior of the building, where a sort of semi-public park was created for that purpose. Inside, the building houses gardens and terraces with greenery. 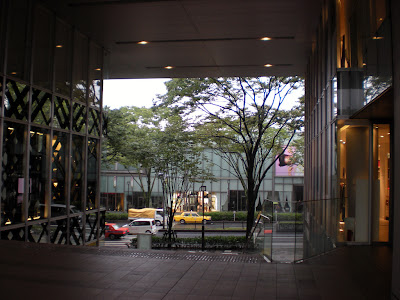 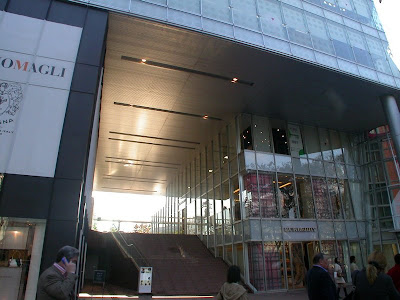 Attached to the building is a glass cone, which reminded me of the National Art Center , also designed by Kurokawa and which I will soon discuss in this moleskine. The headquarters of Nursery Associations should have influenced design elements in the museum, as it was designed in 1999, while the Art Center was in 2000. 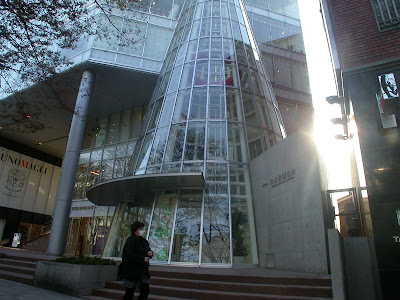 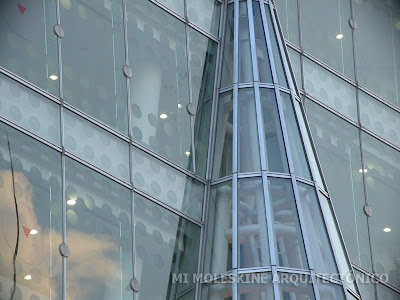 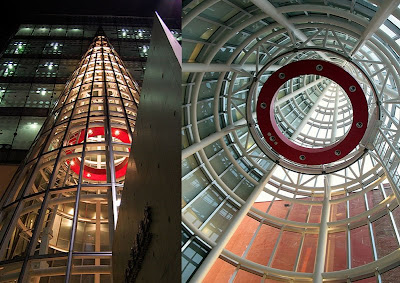 Photos courtesy of koki and nyred

- OTHER WORKS BY KISHO KUROKAWA

Posted by Carlos Zeballos at 12:28 PM