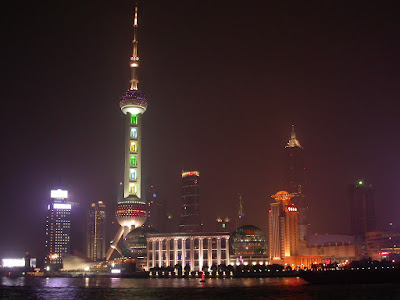 Shanghai is a fascinating city, considered the engine of modern China and the world's largest port since 2005. Although it began as a modest fishing village, in 1553 it became an important city and a wall was built around it. 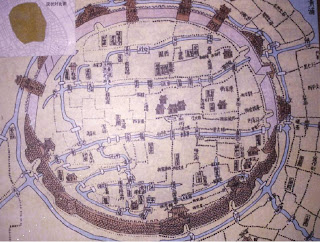 uring the nineteenth and early twentieth centuries the city had a rapid development, becoming one of the most important points for China's trade with the West, especially after the First Opium War .
At this time the so-called Bund district was developed (a name deriving from Urdu language, that means a platform silting parallel to a river), located on the banks of the Huangpu River. This was a concession area immune to the Chinese legal system and therefore a favorite location for the settlement of foreigners. The Bund has dozens of historical buildings, mainly commercial banks and colonial architecture of the late nineteenth century. 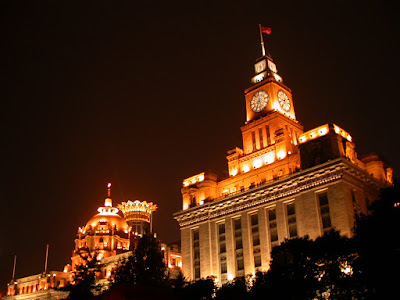 Opposite the Bund, on the other side of the Huangpu River, the Pudong district is located, which until just 15 years ago was a rural plot with slum places and abandoned industrial areas, and now houses the most important commercial center of Shanghai.
Pudong's urban landscape today resembles that of any modern metropolis, increasingly removing Shanghai from its title of "traditional city" (as the Chinese government declared it in 1982).
An underwater tunnel connects the Bund to Pudong, and is quite a bizarre experience going through it, given its psychedelic lighting effects. 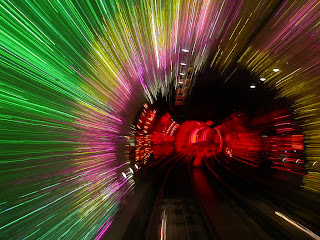 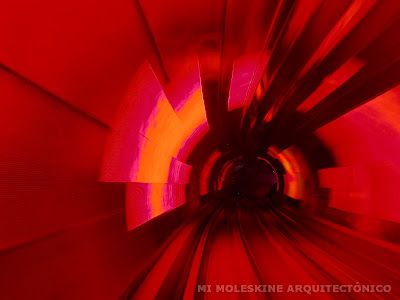 In the impressive, exotic, yet quirky skyline of Pudong, stands the Oriental Pearl Tower, built between 1991-95. With its 468 meters is one of the tallest towers in Asia and eighth in the world. 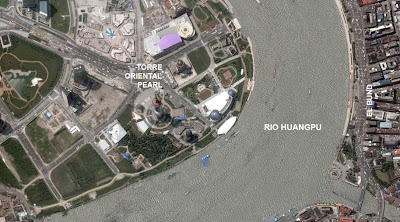 See location on Google Maps
Designed by Jia Huan Cheng of the Shanghai Modern Architectural Design Co. Ltd., who used a contemporary architectural design but based on the ancient Chinese tradition.
Thus, the Pearl of the Orient together with the Yangpu Bridge in the northeast andNanpu Bridge in the southwest, symbolize "two dragons playing with pearls falling from the sky on a jade plate. 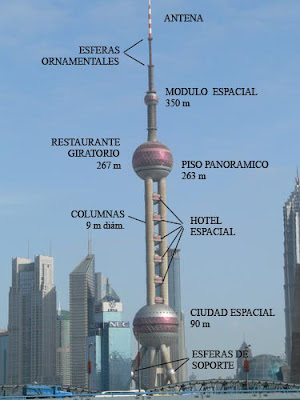 Indeed, the design is composed of eight spheres or "pearls" of different sizes, crimped by three strong columns 9 meters in diameter.
The highest sphere is an observatory of 14 m in diameter, called the Space Module located 350 meters high, from where I was able to see fantastic views of the city, especially the Bund. 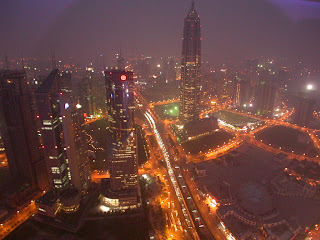 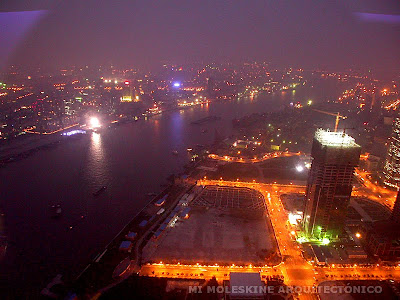 The second sphere, 45 m in diameter, contains a revolving restaurant at 263 m high and completes one rotation every hour. Also, there is a second viewpoint called the Sightseeing Floor, at 259 m. 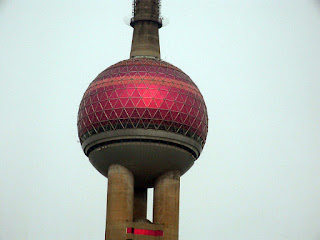 These are followed by a series of smaller areas, which are the rooms of the Space Hotel.
The largest sphere (50 m in diameter) is a third observatory located 90 m and is called the Space City and accommodates a futuristic city. 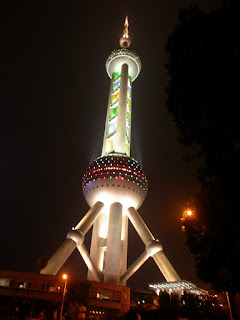 Finally, other three areas are mounted on the auxiliary supports, which are supporting the tower at its base like a tripod and resting on a base of grass.
Some observers, especially Westerners, have criticized the unique aesthetics of the tower, calling it "tacky stick," a "50s futuristic Buck Rogers-style".
However, many others admire the "almost magical beauty of its beautiful spheres, which glisten like rubies ascending to heaven" in addition to their "colorful lighting, which is reflected in the waters of the river." 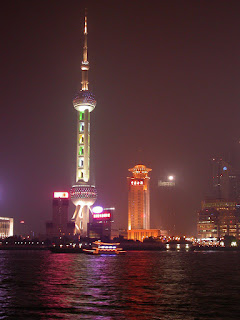 The truth is that, like the Eiffel Tower in Paris which was originally qualified "monstrosity", the Oriental Pearl has become the most representative landmark of Shanghai, attracting more than 3 million visitors a year. It has been a great business, as well as an excellent TV transmitter: its construction costed $ 100 million, and today is valued at more than $ 6,000 million. 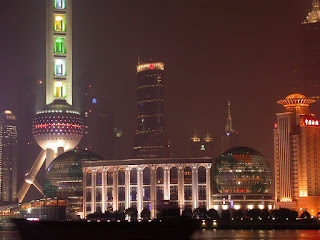 Beyond its formal characteristics, no one can deny the social success of the tower in transforming an abandoned area in the downtown riverfront into an attractive place where permanent cultural activity has favored the economic development of both Pudong and the Bund itself. 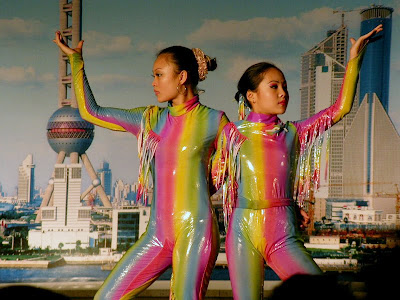