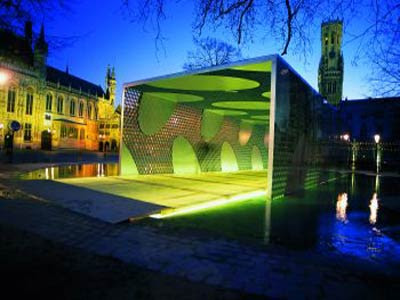 The small pavilion designed by Toyo Ito in Bruges, Belgium, was commissioned in 2002 as a "symbol of the desire for Bruges to become a contemporary city."In that year, the delightful medieval town of Belgium, whose historic center is a UNESCO World Heritage Site, was designated as European Capital of Culture and Ito's sculpture was meant to be a link between past and future. 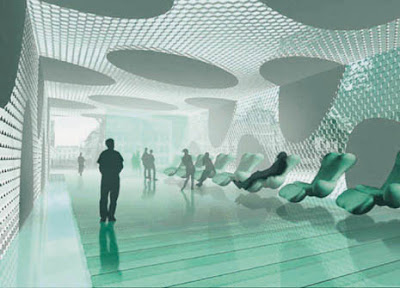 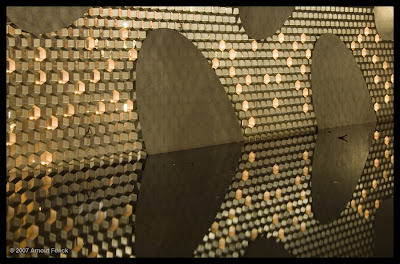 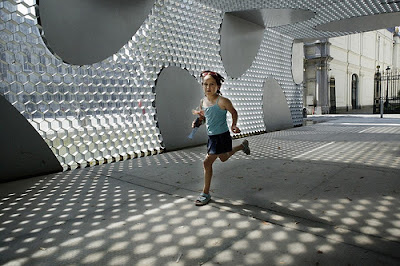 The pavilion in the form of a steel and glass tube is placed in the midst of a park in the site of a church destroyed in the war, next to the Burg, the impressive Town Hall square,  in the heart of the city. 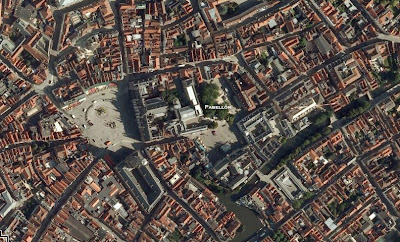 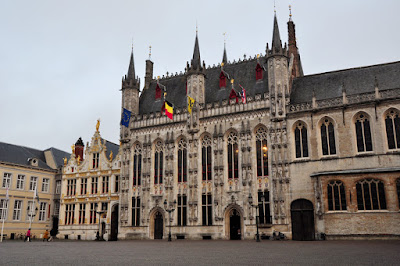 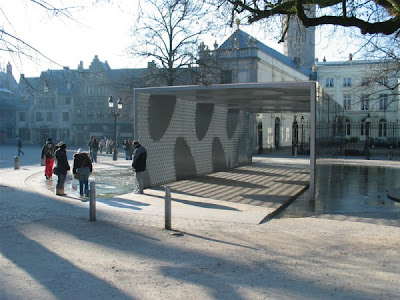 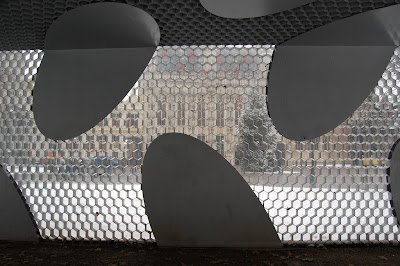 At the time it was designed, the pavilion was located on a pond of water and a bridge allowed visitors to pass through it. The hexagonal metal texture seemed diluted by reflecting on the water, stressing the ephemeral character and the lightness that Ito seeks to convey in many of his works. 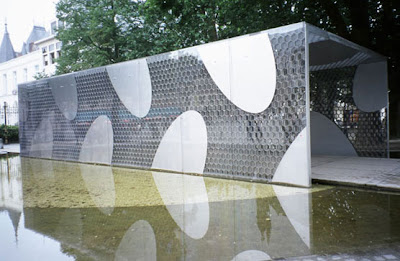 Today, however, it is very difficult to perceive these sensations. Like some of his sculptures in Japan, such as the Egg of Winds , the pavilion looks abandoned, and the pond has become a muddy puddle. 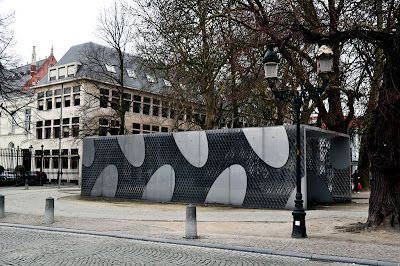 This circumstance has opened a debate on temporality and permanence.While the work was conceived as temporary with a life expectancy of one year, its enormous cost (750.000 euros) has extended his presence for a decade. If it  have been dismantled as planned, it would have been criticized as too ephemeral. On the other hand, its long presence in the urban landscape has opened a heated debate about the interaction between contemporary architecture in history. 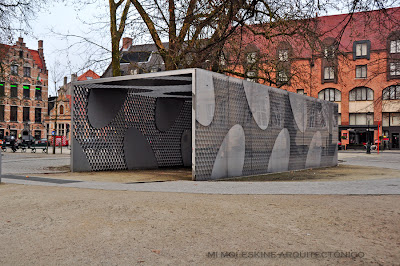 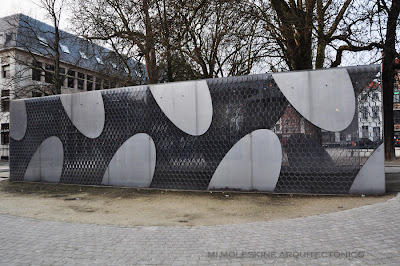 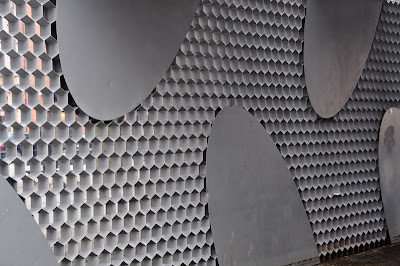 Moreover, its abstract nature, which contrasts aggressively with the historic environment in which it is located, and the cost of maintenance over the years, has led to many residents have called for its demolition, which I understand, has been accepted. El pabellón ha sido apodado como “el lavadero de carros del gobernador”. The pavilion has been dubbed "the governor's car wash." Others, however, stressed that this sculpture has become part of the collective memory of the city, and therefore it should be preserved. 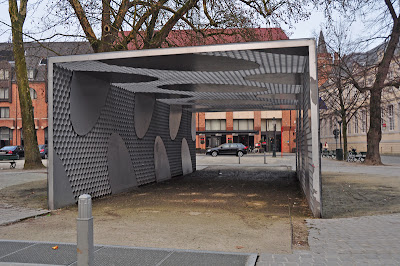 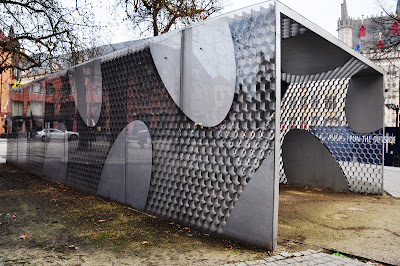 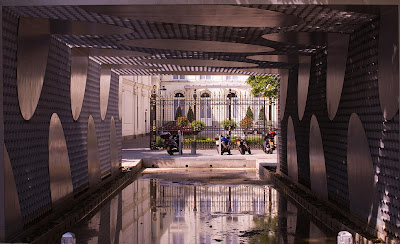 It seems that while I have come too late to see it in its splendor, at least I arrived in time before it disappears.

- OTHER WORKS OF TOYO ITO 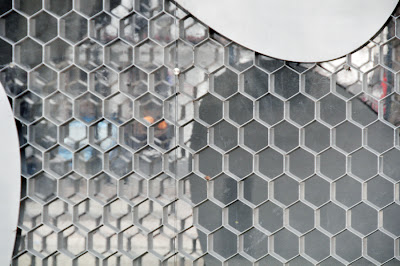 Posted by Carlos Zeballos at 7:41 AM