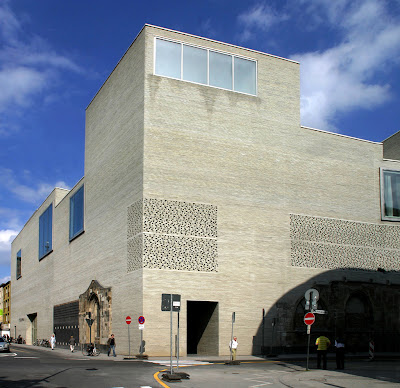 "The notion that our work is an integral part of what we achieve takes us to the very limits our musings about the value of a work of art."

The Kolumba Museum in Cologne, Germany, is a remarkable work of Swiss architect Peter Zumthor, a Pritzker Prize laureate. In a display of mastery and sensitivity, the architect manages to fuse the ruins of a destroyed  Catholic church, with modern, sober and minimalist architecture, and highly sensitive to the theme of the works it houses: religious art. 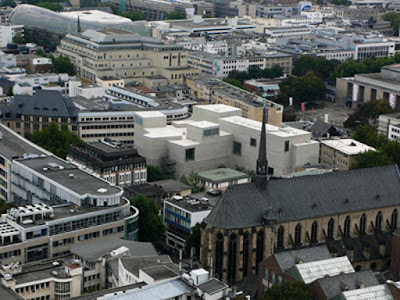 A church dedicated to St. Columba, located relatively close to the magnificent Cologne Cathedral, used to be the most important church of the diocese. Unfortunately, the building was completely devastated after the allied bombing that reduced the city into ruins during the Second World War, with the exception of an old Gothic image of the Virgin placed on a pillar, which survived intact. 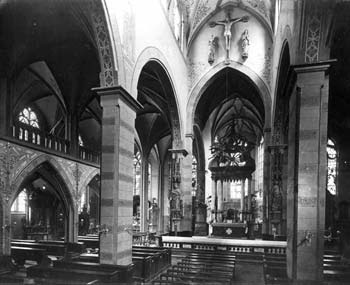 Church of St. Columba before the bombing 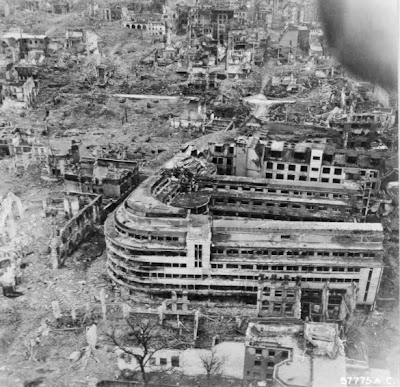 The church after the Allied bombing. Note the curved corner of the Manufactum Warenhaus also recognizable in other aerial views.


This icon, called "the Madonna of the Ruins" was considered by many a symbol of hope during the painful and difficult years of the  post-war reconstruction. 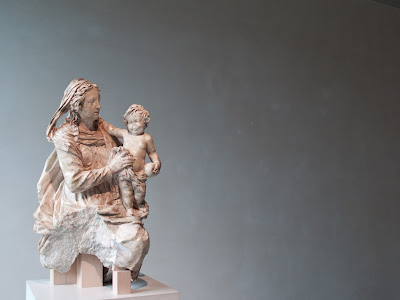 
In fact, an octagonal chapel, designed by Gottfried Böhm in 1950, was built to honour the image. A precious historical value was added to the symbolic importance of the place, when in 1973  Roman , Gothic and medieval  ruins were discovered under the old church. 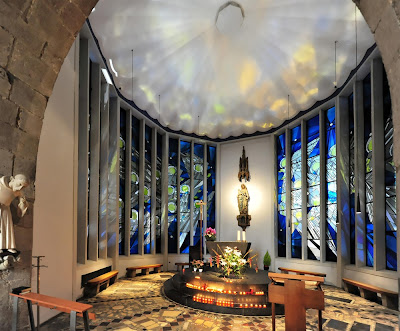 For this reason, the Kolumba art society, which keeps a large collection of Christian art (ranging from a portrait of the Emperor Tiberius' daughter from the first century, to the present) commissioned in 1997 a contest in order to revalorate the church and also to provide a space for displaying their collection in an area of ​​1.600 m2. 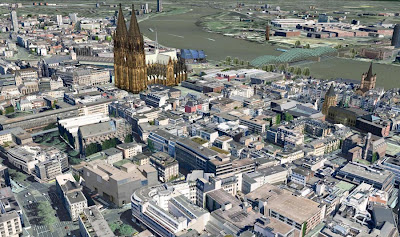 
Peter Zumthor won the competition with an ambitious and humble idea at the same time: the building completely surrounds the ruins of the church and in fact merges with them while using the upper level and a side wing to house the exhibit areas. 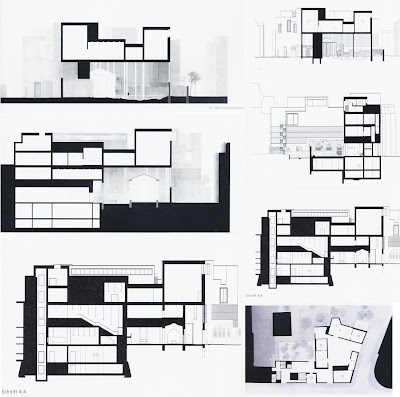 Externally, the building is characterized by its massiveness, a simple and severe composition of warm-colored volumes and thus integrates both to its urban context as well as the historic site where is located.

However, despite this massiveness, the building is surrounded by garden areas that allow the space to permeate within the urban fabric.

The texture of thin gray brick, handmade by Tegl Petersen of Denmark, frams the remains of the old chapel achieving a remarkable integration between new and old. 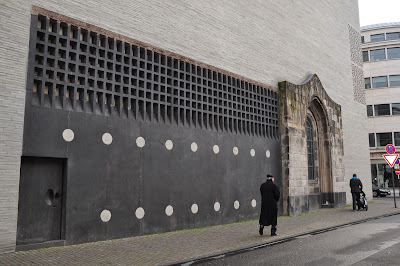 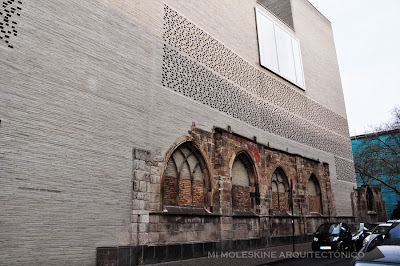 Part of the success in this fusion lies in the simplicity of form, color and material that embed these Gothic-style fragments. 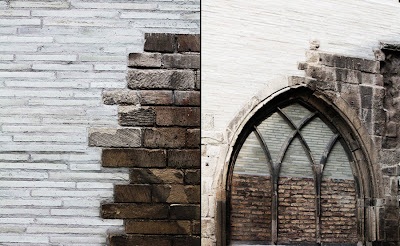 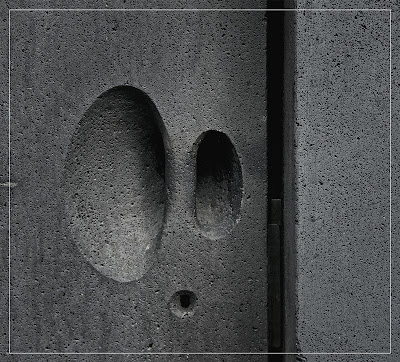 Detail of the door. Photo courtesy of d.teil 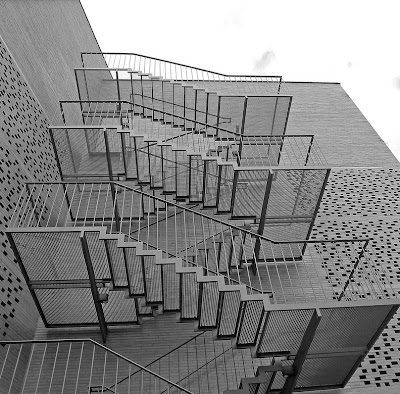 Detail of the back stairs.  Photo courtesy of Dorena . 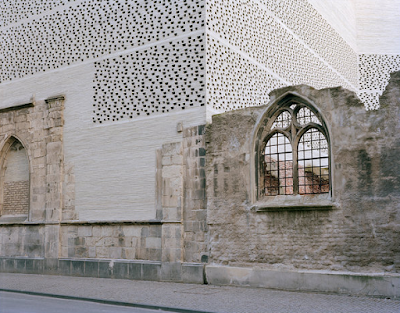 Another noticeable feature are the perforations on the facade, forming a kind of lattice made on the basis of  the bricks themselves.  This effect lightens the perception of the volume. 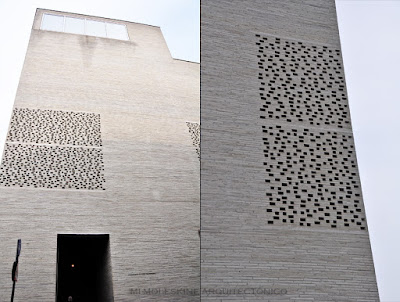 It is however in the interior of the building where Zumthor's work can be better appreciated. The architect has wrapped both the octagonal chapel as well as the Roman ruins with a double height nave supported by thin metal columns. This monumental space is dramatically lit up since indirect light filters through the lattice in the walls. This effect reminds me of that used by Luis Barragan in the Chapel of the Capuchinas in Mexico. 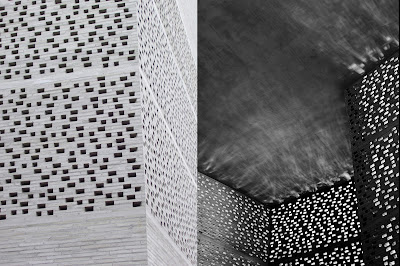 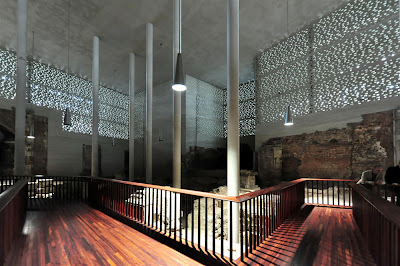 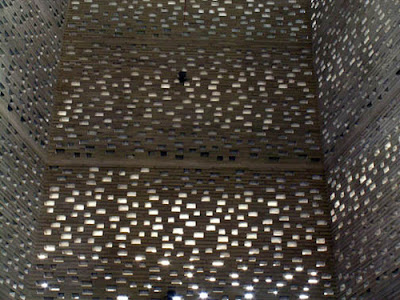 The visitor is able to walk throughout the chapel by means of a winding passage which lies over the ruins. This is a resource is used in some archaeological sites in order to allow visitors to experience the sites from up close, but reducing the impact on heritage (as, for example in the Basilica Cistern in Istanbul, Turkey ). 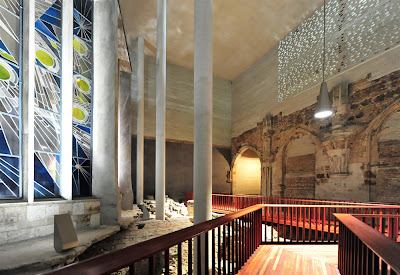 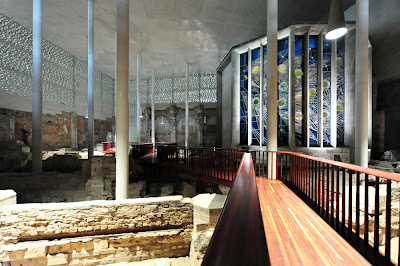 Besides the chapel, the building includes 16 exhibition rooms arranged on three levels, including the area on top of the church. In these areas, works of ancient and contemporary religious art works are displayed, including some books of sacred art. 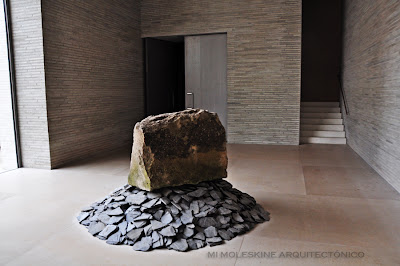 The exhibition area of these galleries is dotted with large windows from where the architect frames some superb views of the surrounding cityscape, also reflected in the polished white floor of these rooms. 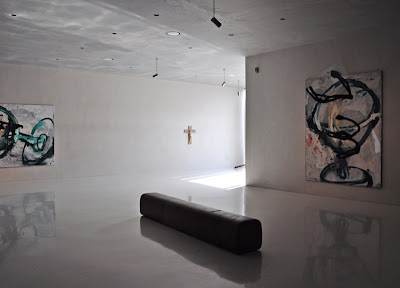 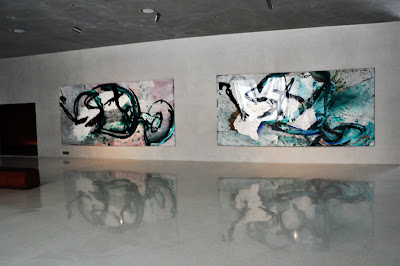 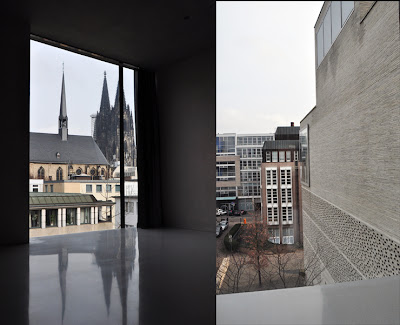 The building also opens its views to some courts designed in a serene Zen minimalism, which houses works by famous sculptors like Richard Serra and Joseph Wolf. 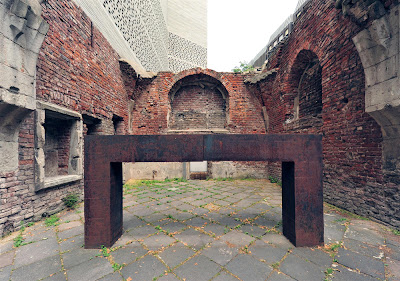 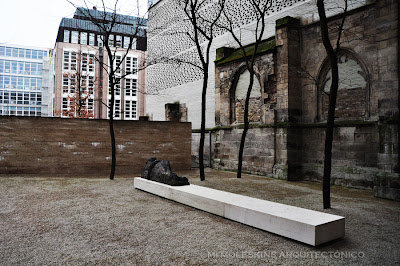 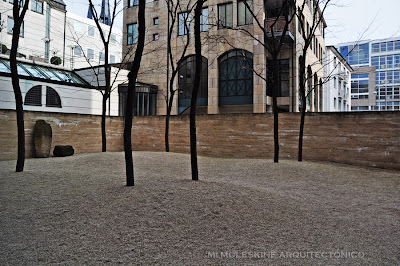 In sum, both by the use of form, material and light, the architect of manages to imbue the museum with a sense of serenity and meditation that, while it is perfectly suitable to house the collection of Catholic art, it transcends the boundaries of a specific religion to imbue the visitor with an atmosphere of spirituality away from the worldly bustle of the city. 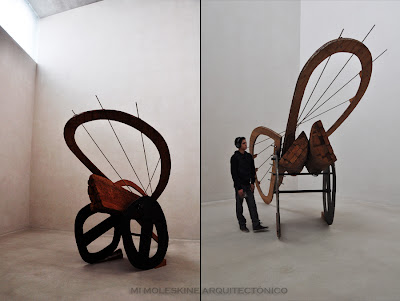 ""The architectural drawings trying to express the aura of the building in place as closely as possible. But the very effort of this representation often serves to underline the absence of the object itself, and what emerges is the type of deficiency culaquier representation, curiously about the reality that promises, and perhaps, if the promise has the power to move-a longing for his presence. " 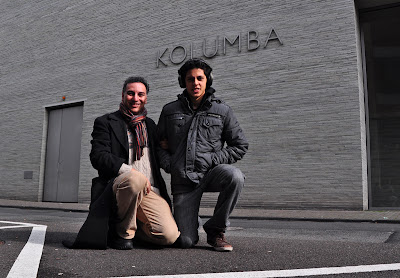 Claudio Happy Birthday Claudio! It was a pleasure to visit the Kolumba together.
Posted by Carlos Zeballos at 4:35 PM