FREITAG, A STORE MADE OF CONTAINERS IN ZURICH 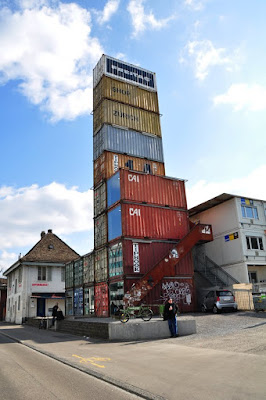 Spillmann Eischle Arkitecten's proposal for a Freitag store, a factory of tarp-bags in Zurich, Switzerland, shows that a modern building can be made even with modest materials, considered by many as debris. 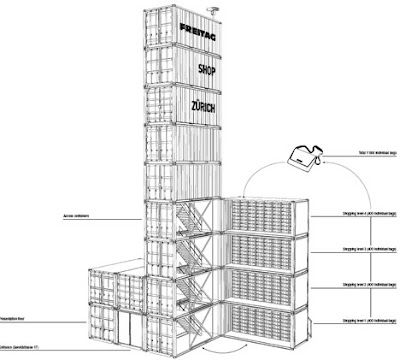 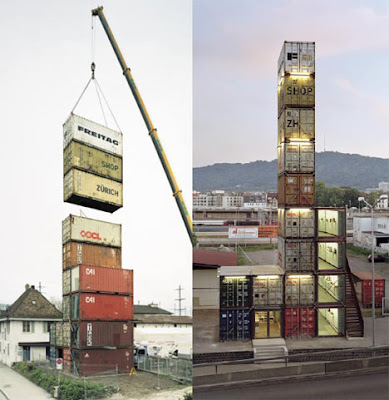 The Freitag shop, specialized in tarp bags, is located near a major highway and the main railway line  in Zurich, in an abandoned industrial plot. 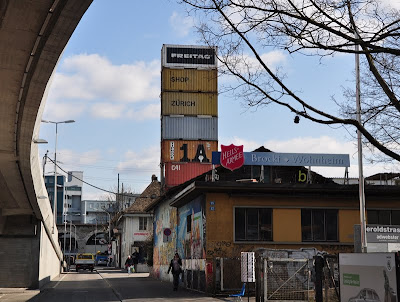 In 2006 the architects proposed to reuse a group of 17 industrial containers to shape this unusual proposal.
The containers were brought from Hamburg and assembled with industrial elements. Aside of their rusty appearance, the community has contributed with numerous graffiti. 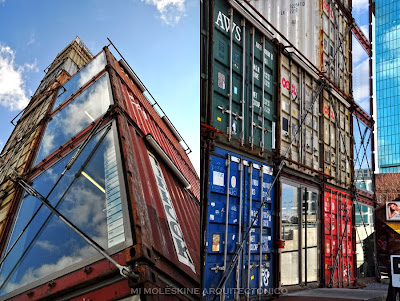 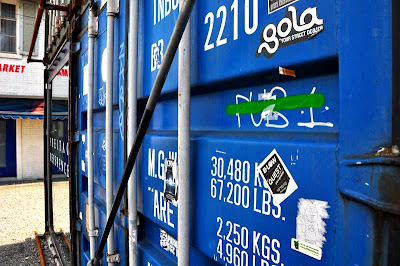 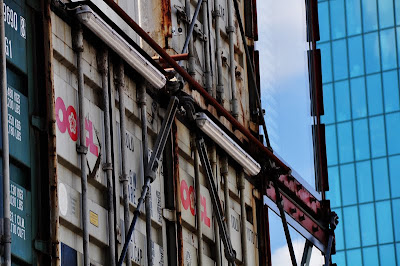 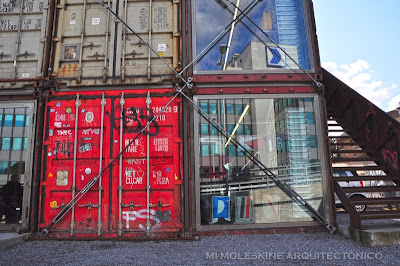 The building sits on a concrete base, some distance away from the avenue and is composed of two areas, the customer service, a double height area comprised of 4 x 2 containers, and which exhibits several products, such as protectors for cell phones. 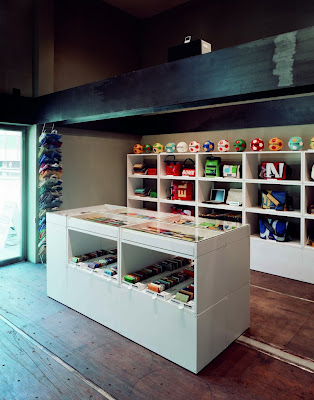 Contiguous to this, stands a tower where different models of bags are stored and displayed. The tower is accessed via an internal staircase. 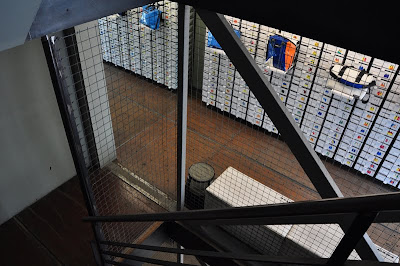 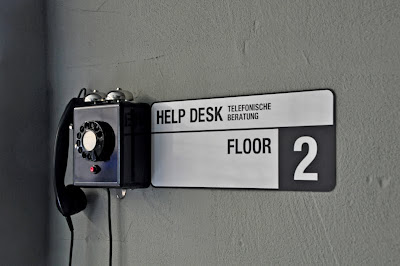 The large windows on one side of the facade and the mirrors located inside, generate a sensation  of spaciousness in this narrow space, in addition to the play of light and space in the stairways. 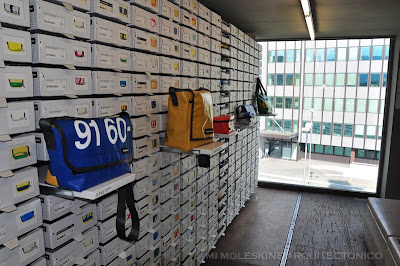 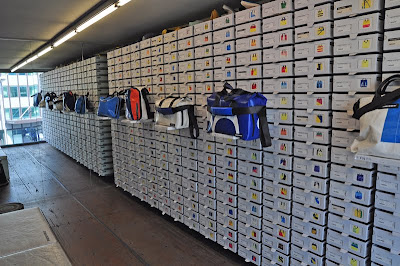 Externally, the tower is an iconic landmark not only for the industrial character of its composition, but for the environmental message that the company wanted to convey: both its products and its flagship store use of recycled materials to deliver ingenuity and functionality . 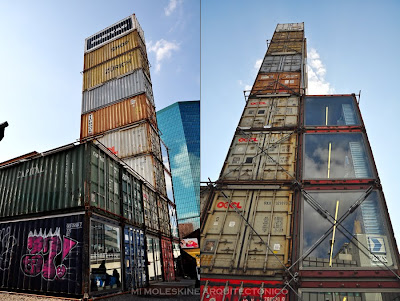 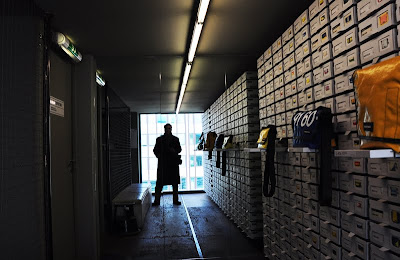 Posted by Carlos Zeballos at 4:21 PM