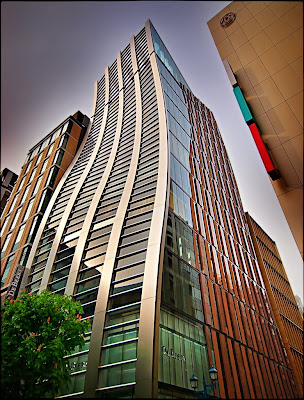 A few meters away from the Mikimoto Ginza 2 , designed by Toyo Ito , lies an unusual building: De Beers (2005-2008), a project by Jun Mitsui for the prestigious company De Beers, specialized in diamonds. The building has an undulating facade, in which its winding curves contrast with the regular horizontal pattern that generates it.

De Beers stands in the shopping district of Ginza, one of the most important commercial areas in the Japanese capital. The building is located on the corner of Maronie St and a perpendicular minor street. In a plot of ​​approximately 340 m2, the building occupies a projected area of ​​4022 m2. 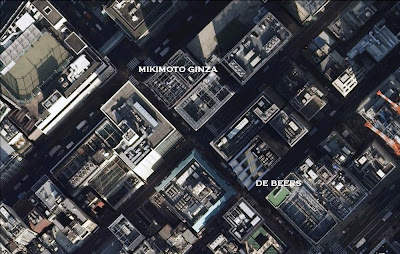 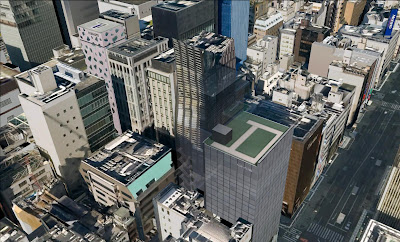 Due to its location on a corner, the building highlights its evocative and sensual profile, although given the narrowness of the road and the presence of other neighboring tall buildings, we must stand back to appreciate it in its entirety. 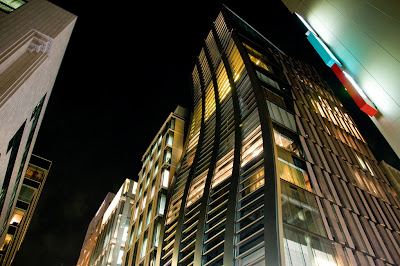 The architect said to have been inspired by "the twisting form of light in motion" and the sensual curves of "the female outline". Whatever his inspiration, the truth is that the facade facing the Maronie street is a regular pattern that has been undulated (without being deformed, as Frank Gehry's Dancing House building in Prague) and thus presents a dynamic and agile composition, without losing the character of the grid that generates it. 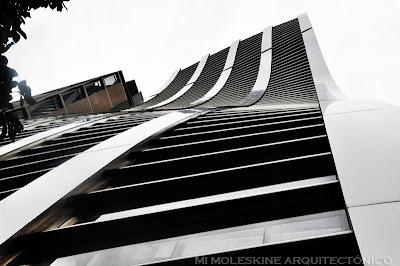 This curtain wall is composed of stainless steel bars that descend vertically as ribbons, crossed by horizontal tabs. This arrangement allows the reflection of light in a peculiar way, which changes as the hours pass. 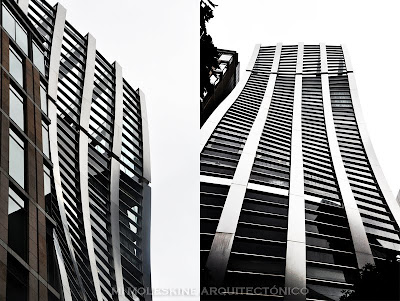 To locate the entrance in a subtle but hierarchical way, the steel frame was interrupted to accommodate a white cube. 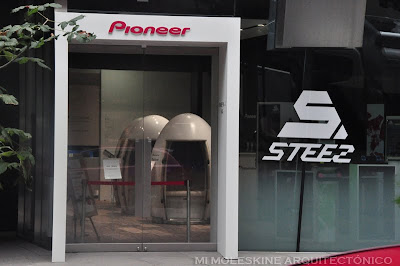 Towards the minor street the facade is orthogonal. The architect separated the area closer the curved facade from another composition based in elongated ceramic tiles -that somehow reminded me of the Suntory Art Museum's lateral facade- but whose arrangement also suggests a curve. 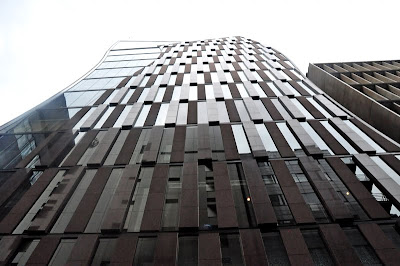 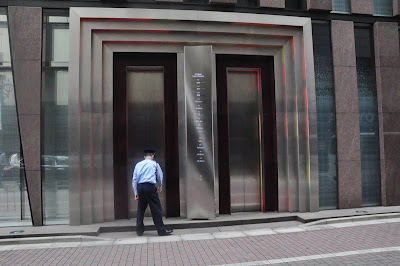 This façade culminaties on a "V", which houses a two-story mezzanine, a stunning glass roof that faces the street, while water tanks and machinery are located in the rear. This solarium on the top enhances the dramatic form of the building. 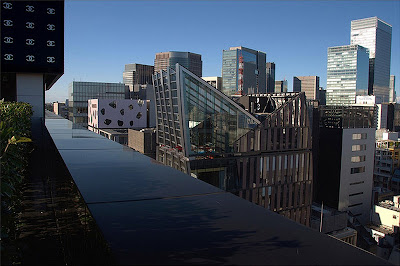 Photo courtesy of Manuel a.69
PLANS 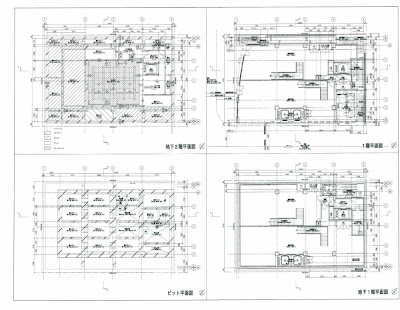 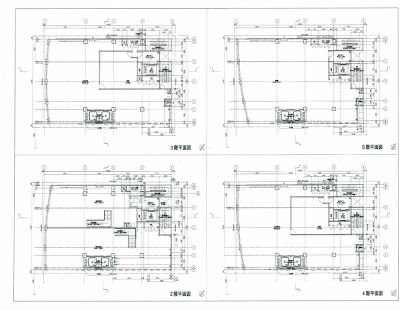 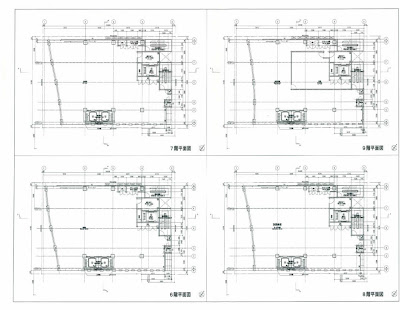 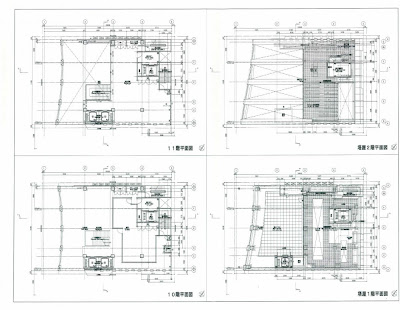 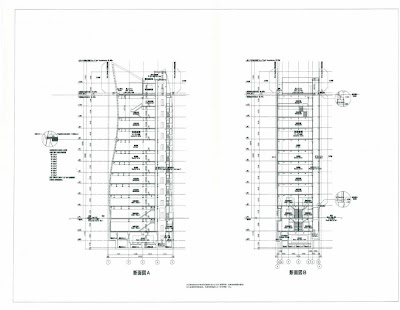 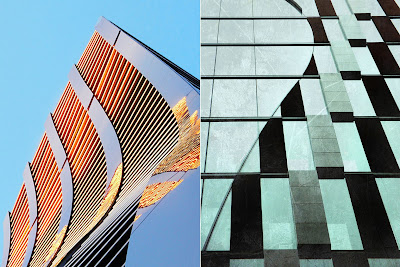 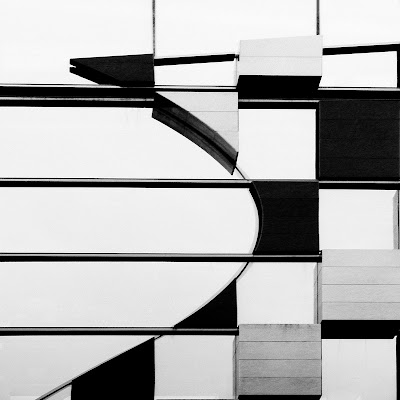 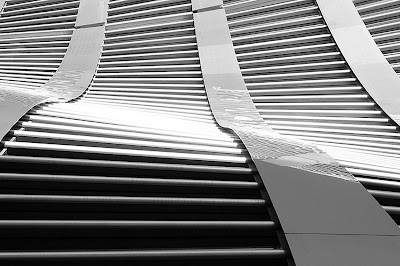 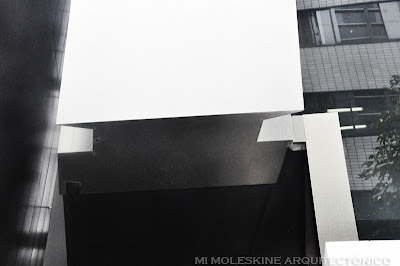 An avant-garde idea or superficial formalism? Or the combination of both? The truth is that recently in the Japanese capital several architects have been experimenting with "skins" or "screens" glass, providing dynamism to otherwise static buildings, from the sober Renzo Piano's proposal in the Maison Hermes to the voluptuous curtain designed by Kisho Kurokawa in the National Arts Centre . What is undeniable is that the De Beers by Jun Mitsui is an ornamental , photogenic, superficial, glitzy and shiny building... the same qualities of the diamonds that are displayed inside.

Posted by Carlos Zeballos at 12:33 PM