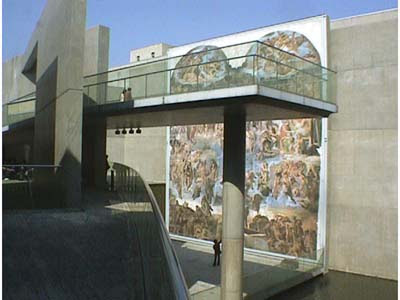 TADAO ANDO: EL JARDÍN DE LAS BELLAS ARTES
ESPAÑOL
The promenade along the Kamo River in Kyoto is a homage to water. A series of paths and terraces from the pedestrian sidewalk, flanked with cherry trees, lead to a path next to the river. Every now and then you find yourself walking below bridges, next to promenades, decks, ramps or exits, which are accessible from the upper level of the grove. The road is always accompanied by the sound of water, whose discourse has been channeled through small dams that allow water to decrease its kinetic energy, lessening the risk of flooding and providing an amusing spectacle of small waterfalls along the river. 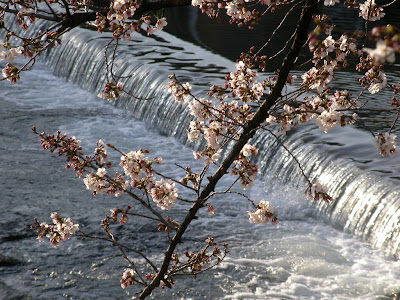 These elements seem to have inspired the architect Tadao Ando (prominent international figure, and deserved winner of the Pritzker prize, equivalent to the Nobel of architecture) for the design of the Garden of Fine Art in Kyoto (京都府立陶板名画名庭) (1990), which lies close to river. 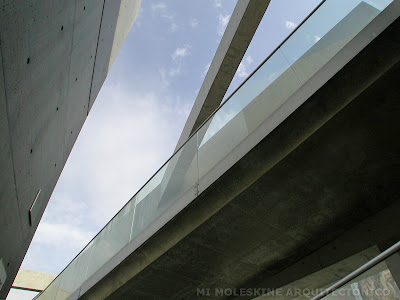 The composition is based on two overlapping grids, one aligned to the north and the other rotated 22.5 degrees. Using these two directions, the architect composes a choreography of paths, ramps and porticoes that allow a diverse set of vistas in a rather small area. 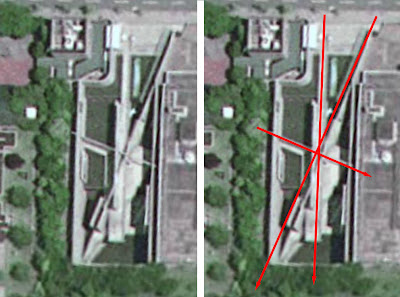 The program is relatively simple: it is a set of outdoor ramps, from which reproductions of works by Michelangelo, Leonardo Da Vinci, Seurat, Renoir and Van Gogh, etc. can be seen. Along with these reproductions of European paintings made on ceramic tiles, there are some representations of Japanese art from the Edo period (1603 to 1867). 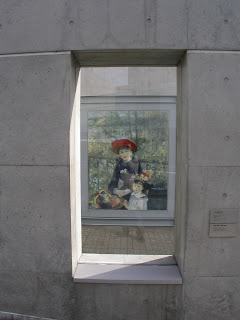 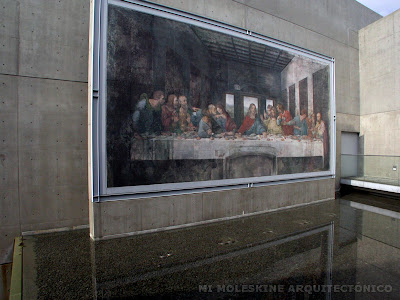 However, the architect's mastery lies in the unique journey offered to the viewer and the way space is unfolded to him. It is a common square: it is a set of ramps and bridges carved in the ground that transforms circulation in a 3D experience, providing always a different perception from any angle from which the space is observed. 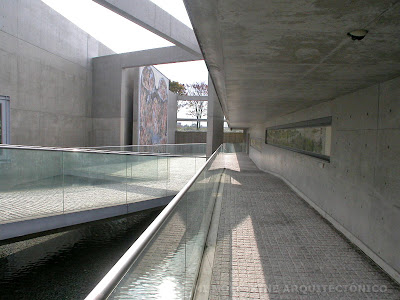 Along the way, large exposed-concrete porches frame the path, overlapping their different directions to provide a dramatic combination of visual angles. At the same time, the green glass windows and railings interact with water to offer different reflections and tones. 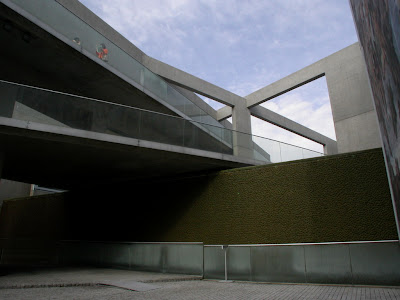 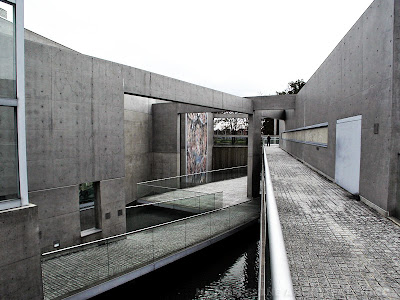 The promenade recreates the theme of the avenue near the river, by using its pools and water canals, which occasionally overflow as waterfalls, sparkling through especially hammered walls in order to produce a more lively sound that reverberates in the ears. The soundscape accompanies the route and has different intensity according to the position of the viewer. Thus, a soft murmur of water invite contemplation of "The Last Supper" by Leonardo, while a stronger sound surrounds Michelangelo's "The Last Judgement". 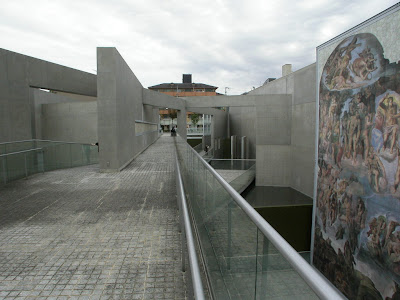 All pictures by C. Zeballos
Obviously, these reproductions can not be compared to the originals, and instead of the exquisite frescoes by Michelangelo in the Sistine Chapel, here we only have the sky of Kyoto. However, "The Last Judgement" here may be viewed from different angles, looked at it from ground level or from a spectacular balcony supported by a single concrete column. 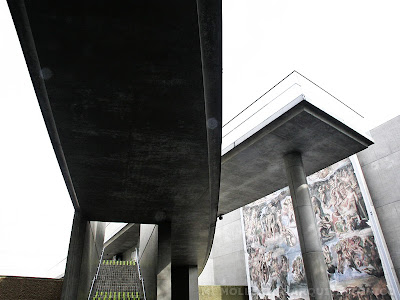 So it is not the original value of the works reproduced here. I would say it is more a visual excuse to adorn the singular path designed by Ando, orchestrated by the playful sound of water. 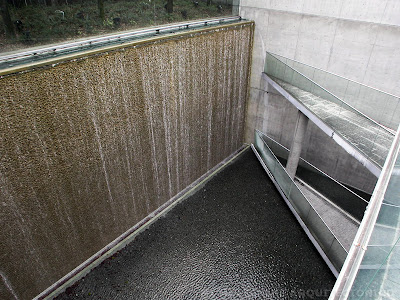 Aside of the paintings the Garden lacks any other ornamentation. Its bare walls reflect the simplicity typically used by the architect. Its volumetric composition, its mathematically moduled and dynamic space, are a delight for the senses and spirit. 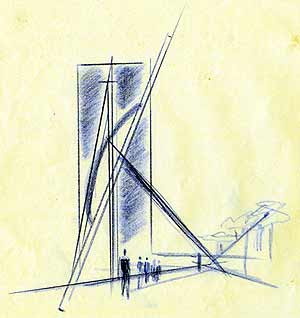 Section courtesy of Tadao Ando & Associates
The following video features a tour throughout the Garden of Fine arts in Kyoto, accompanied by the theme Soir De Fête from the soundtrack of Le Fabuleux Destin d'Amélie Poulain, by Guillaume Yann Tiersen.
SEE ALSO:
- OTHER WORKS BY TADAO ANDO. 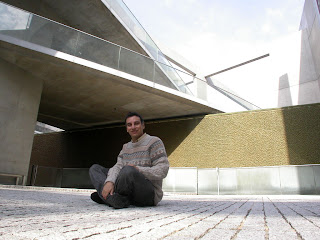 Posted by Carlos Zeballos at 11:28 AM