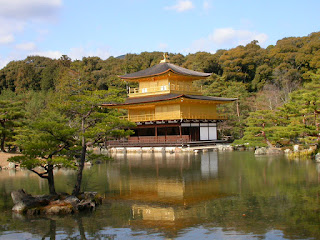 The Golden Pavilion or Kinkakuji (金閣寺) is the most photogenic and iconic building in Japan. The simplicity of its proportions, the magical reflections of its golden coating shimmering over a stunning pool and the beauty of its natural scenery have given this building worldwide fame and international recognition, being designated a World Heritage Site by UNESCO.

However, it was surprising to discover that all these elements -the architecture, the pond and the landscape- have been shaped artificially 600 years ago, in order to provide an overwhelming experience to the spectator. It's really amazing to imagine that in this outstanding setting was previously filled only by rice fields. 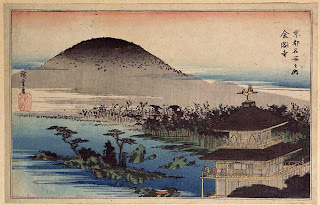 This pavilion was built during the Muromachi period (1333-1573), considered the golden age of Zen culture and dominated by feudal lords called Shogun. In 1397 the third shogun, Ashikaga Yoshimitsu, began to build in a place called Kitayamaden ("the Village of the northern mountains), a beautiful palace surrounded by idyllic gardens, inspired by the temples and layout of the Saiho-ji or Tenryu, ji. Yoshimitsu tried to to make a place full of peace and beauty, where to end up his days. According to his wish, the palace was converted into a Zen temple after his death.
LOCATION

The design of the pavilion is an interesting example of geomancy (Feng Shui in Chinese or Zoufuu Tokusui in Japanese), which refers to the organization of the built elements in order to optimize the flow of energy that emanates from the environment. To the north the mountains of Kinugasa form the background of the impressive setting, and south of the pavilion a pond is located. 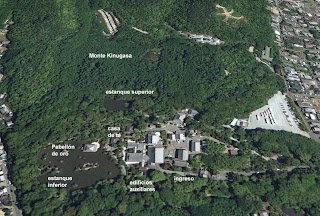 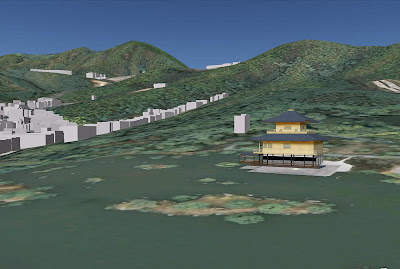 Upon reaching the site, anticipating the entrance, the visitor is greeted by a grove, a subtle warning that tells he or she is entering a holy place, and should be detached from his/her mundane everyday to venture into a more profound and spiritual place. 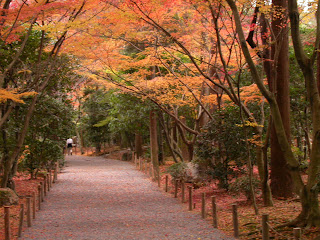 
After walking a winding trail, the visitor arrives at the pond (Kyooko-chi or "mirror pond"), which attempts to replicate a seascape dotted with islands. Multicolored leaf trees grow in the islands which shelter a significant wildlife, especially insects and birds, whose songs cherish the atmosphere of the site. 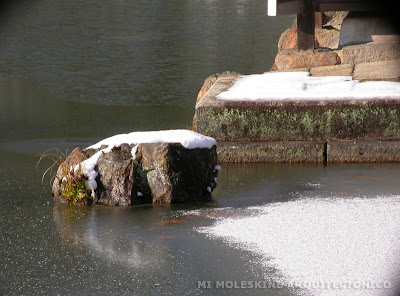 But the main function of the pond is host to Kinkaku-ji, which seems to float in the middle of the water like a magic boat. The waters surrounding the building provide an almost ethereal dimension, reflecting its structure and multiplying it to infinity. In fact, this garden was designed to be appreciated from the water, and boating parties were usually held here, during the Heian period. 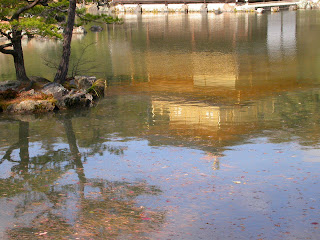 The Kinkaku-ji or Golden Pavilion (Kin-gold, kaku: nucleus, ji: Temple) is a three-story building of rather small proportions, inspired by temples of southern China. The Kinkaku ji has successfully merged three different architectural styles.
The first floor, called the Chamber of Waters (Shinden-zukuri) and built in Imperial Palace style, evokes the classic Japanese modulated decoration, and is the only one not covered in gold, what makes an interesting contrast between the earthly and the celestial.
It is basically a large room surrounded by a peripheral rail. Its walls are divided into two parts. 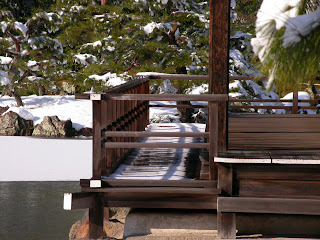 The second floor, called the Tower of Wind Waves (Buke-zukuri) is made in samurai style, formed by an enclosed room, with sliding screens, removable windows and with a peripheral railing, houses the Bodhisattva Kannon. 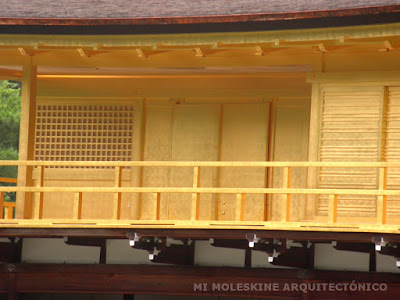 The third level is made in Zen style and is called Kukkyoo-choo, containing a triad of Buddhas and 25 Bodhisattva figurines. 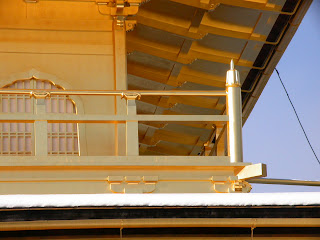 Both the second and third levels are covered with a layer of gold , crowned with the image of a phoenix on top. 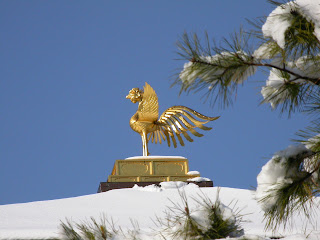 To see an animation of architectural components of each story, click here:


A curious detail is that this was the only original building in the complex that survived to our days, since the others were destroyed by war and rebuilt over time. However, in 1950 a crazy monk set it on fire, trying to commit suicide afterwards. The monk was captured and subsequently the police called his mother for questioning. When she returned home she could not stand the shame and committed suicide by jumping from a train. The monk was sentenced to 7 years in prison but died before completing his sentence.These events have been recreated on the novel The Temple of Golden Pavilion by Yukio Mishima.

In 1955 an exact replica of Kinkakuji was built, although unlike the original, both the second and the third level are now covered with gold.

In the original Golden Pavilion only the third floor was covered in gold. Photo in 1893.
OTHER BUILDINGS
Along with the temple there is a number of buildings surrounded by carefully arranged gardens. There is also an interesting tea house, built on a hill. Its thatched roof and floor mats are an example of the simplicity of Zen architecture. 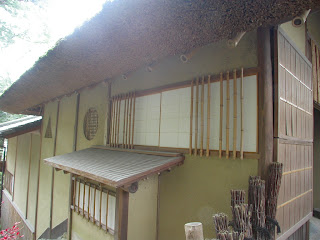 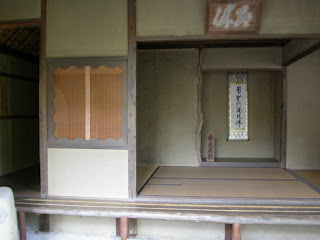 The technique of "borrowed landscape" incorporates elements from the surrounding landscape into the architectural composition, like the mountain views that are captured in a special window that frames them. Unlike the Western palace gardens, which geometry and proportion define a clear intervention in the environment, the Japanese gardens are made to resemble nature, making it part of its architecture, or constructing them as part a carefully crafted landscape, so perfect that it does not seem artificial. 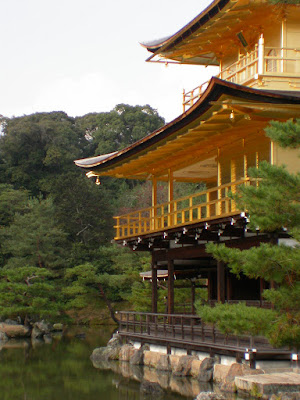 In other words, the Japanese landscaping techniques teach us to delight in the sublime beauty of simple things in life.
SEE ALSO 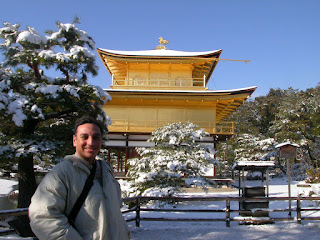 Posted by Carlos Zeballos at 4:27 AM