BAT, OMAN. THE LANDSCAPE OF THE DEAD 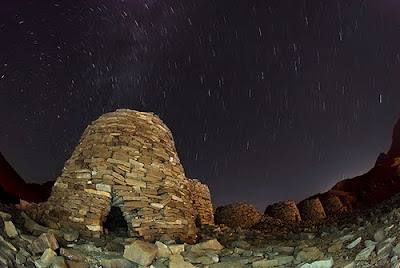 Bat, located in the desert of Oman, is one of the world's oldest cemeteries, dating back over 5000 years, during the Bronze Age. UNESCO has declared this protohistoric site as a World Heritage Site because it "forms the most complete collection of settlements and necropolises from the 3rd millennium B.C. in the world". But Bat is also an occasion to think about the role of landscape in connection with the ultra world and the way the emerging architecture enabled this arid area to become a sacred land. 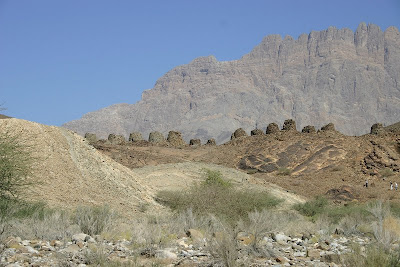 The graves, discovered in 1976 by Danish archaeologists, are located in the desert in Oman , in the Dhahirah region, which borders the UAE and Saudi Arabia. 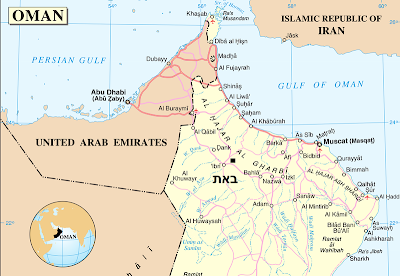 They're scattered in an area between a flat terrain and small hills at the foot of the mountain Jebel Mishtr, an impressive mass of limestone. 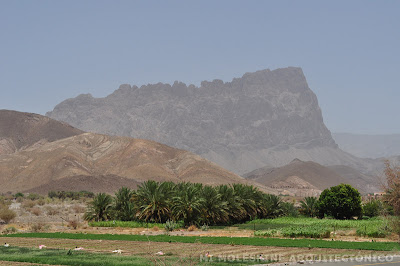 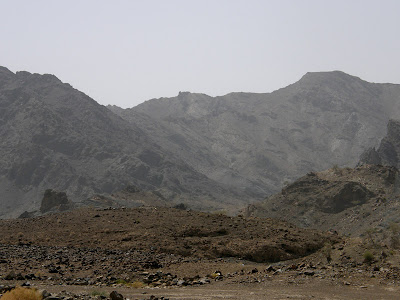 This torrid zone is crossed by numerous streams called wadis or oases, creating a landscape occasionally dotted with greenery. However the area where most graves are located is characterized by its aridity. 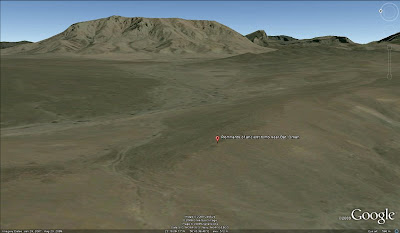 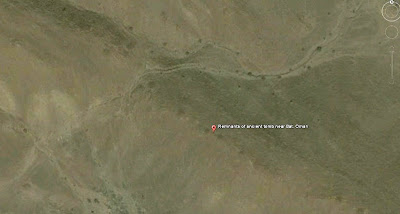 See location on Google Maps
The only way to reach them is with a 4 x 4 truck (an ordinary car would be trapped in the desert) or by camel. 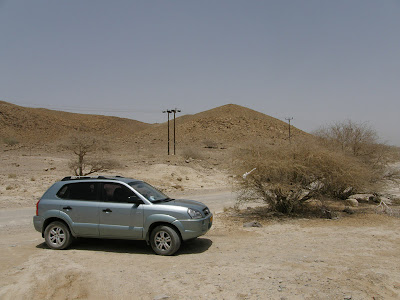 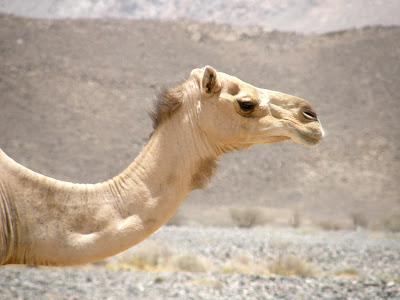 The protohistoric necropolis belongs to the Umm an-Nar culture, which developed in the third millennium BC and extended into what is now the UAE and northern Oman. This culture used to trade copper with the Sumerians in Mesopotamia.

There are around 150 graves at the site, plus another 1,000 scattered in the hills. 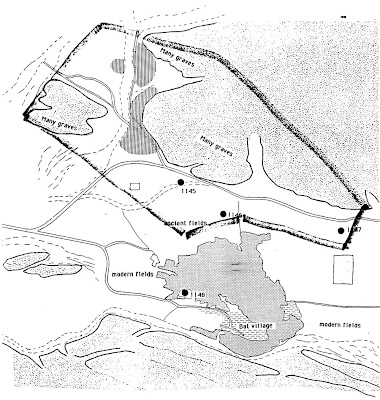 The most important tombs, called beehive, are built with local stone.Their layouts are circular and they are made in the form of a truncated cone. There are other graves that appear to have been communal, keeping the remains of up to 200 people. 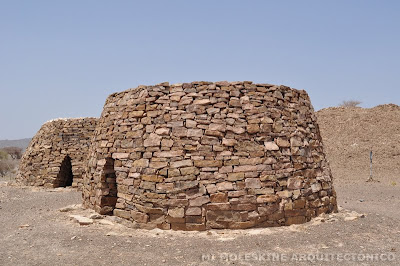 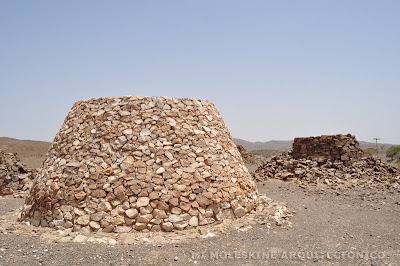 It is amazing to see dozens of these graves scattered in this hostile landscape. In some ways it reminds me the grave mounds in Japan and Korea, although these belong to a later period. 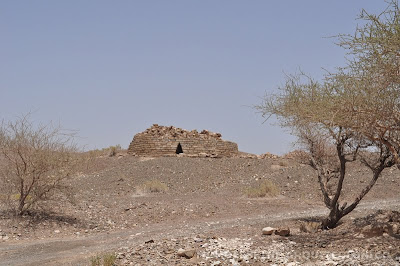 During my visit, the temperature reached 52 ° C, although the driver said that sometimes reaches 58 ° C. What driving force led these inhabitants to build this funerary complex in such hostile area? 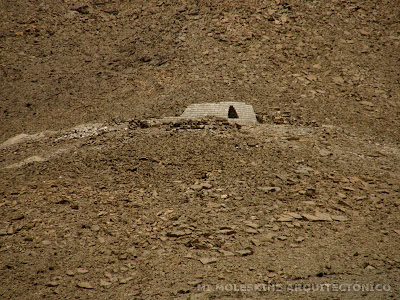 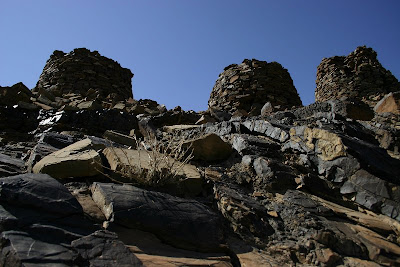 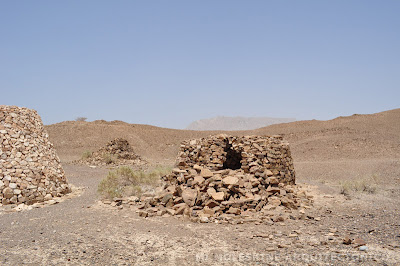 The reconstruction of the tombs, based on archaeological evidence, presents a double wall with a small triangular door at the entrance. 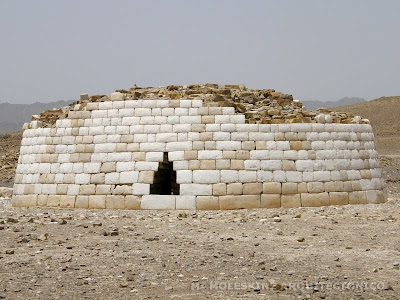 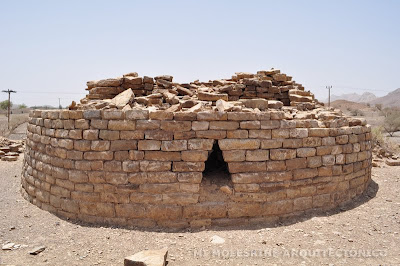 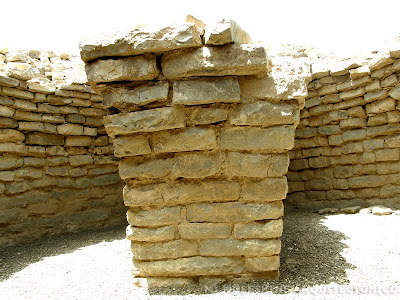 Detail of the inside of a tomb 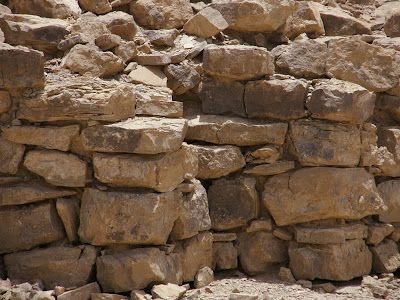 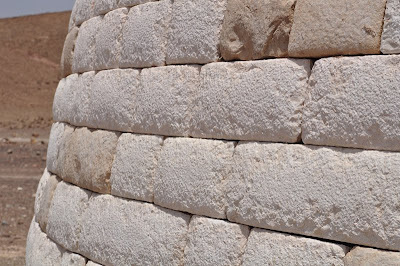 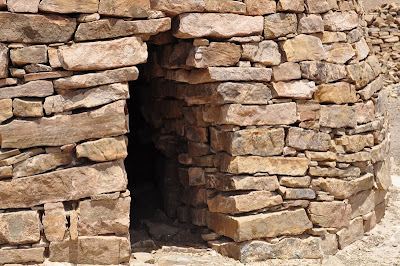 In addition to the beehive tombs there are remains of 6 square defense towers, settlements and agricultural irrigation systems. 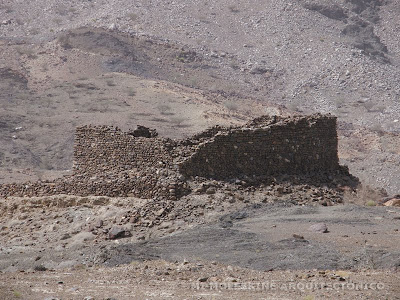 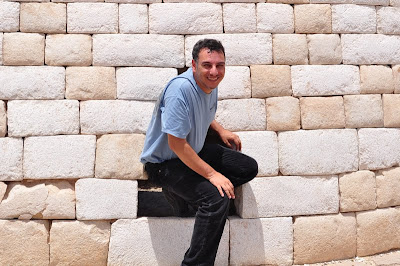 52 ° C! My absolute record... If the image is blurred means that I'm evaporating. In the photo seems that I am emerging from a furnace, but the "furnace" was really out of it. When walking, my own breath burned my face.The heat was so intense that the car air conditioning was not working.You had to drink water in industrial quantities, but even if we bought it iced, very soon it became as hot as tea.

Posted by Carlos Zeballos at 3:56 PM