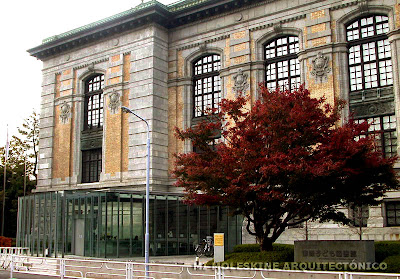 The National Library of Children's Literature (2002) is, like the Asahi Museum of Oyamazaki Villa, a building in whose restoration Tadao Ando took part, ​​although because of its size and importance, the library involved a more complex interdisciplinary work. The building is a renovation and expansion of the former Imperial Library built in Neo-Renaissance style in 1906 during the Meiji period, and expanded in 1929 during the Showa period. 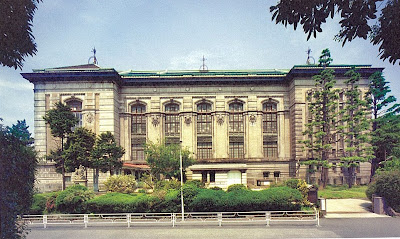 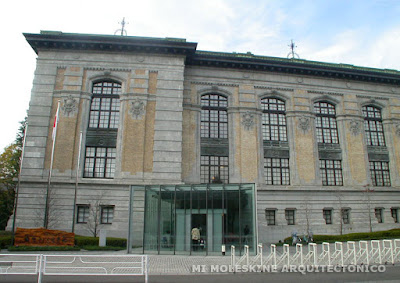 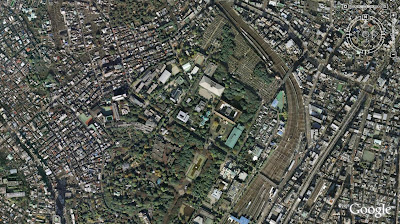 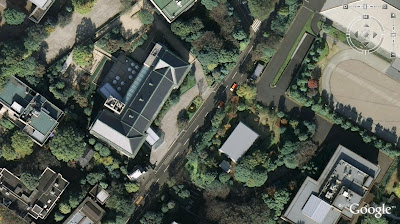 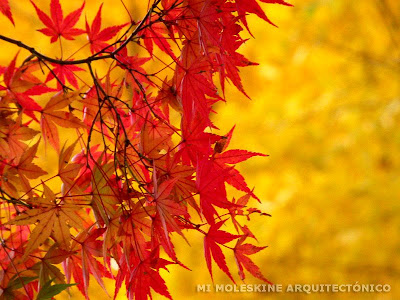 The first step in the remodeling of the building and its adaptation to meet the safety standards of the Japanese legislation was an evaluation of the structural characteristics of the ancient monument. The computerized study showed deficiencies in several places, and according to that a comprehensive and novel structural reinforcement was carried out. Since a traditional reinforcement would have meant a significant change in both internal and external formal characteristics of the building, it was preferred to isolate the building from the ground by a series of dumpers, so that seismic waves would not affect the building itself.

The seismic isolation system of the library consisted of removing the brick basement, levitate the building with vibration lead dampers with laminated rubber isolators. 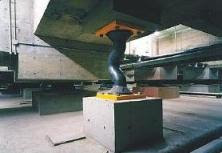 The restoration process, which focused on returning its original appearance to the walls, ceilings and floors of the building. 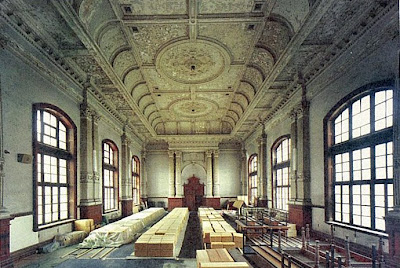 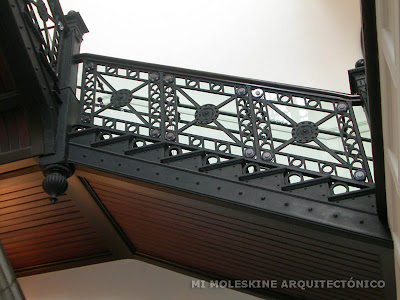 Aside of being restored, the building was enhanced by a contemporary intervention by Ando. The proposal included glazed elements, without columns, in order to avoid any disruption and to achieve maximum integration with the historic building.
Ando is based on two glass bars, a rotated 1-story one and a 3-story block, parallel to the building. 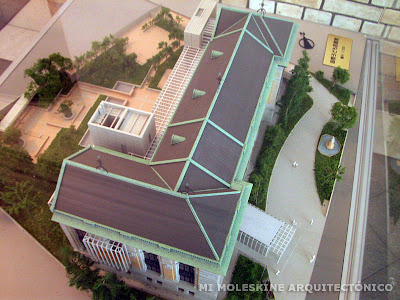 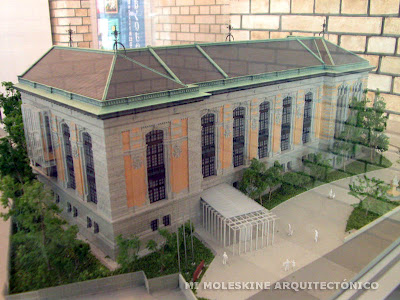 As seen in the plan view or the model, it gives the impression that the rotated bar would cross through the building; however within the library the original orthogonal organization predominates.

Still, the subtle addition does not obstruct the façade, but creates an access with a double screen, which proves its efficiency especially during the windy winter days.
This reception hall blends with the early twentieth century eclectic monument. 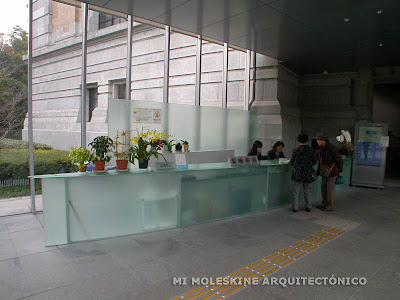 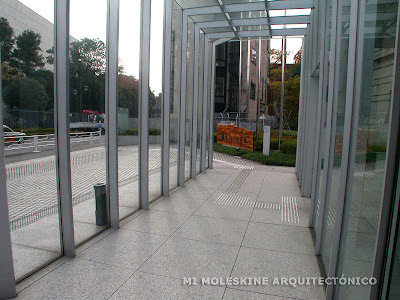 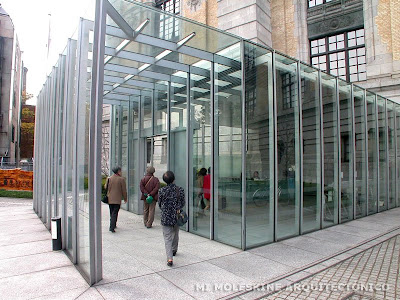 The rotated volume appears in the other side of the building, defining a small but elegant, warm and transparent metal and glass cafeteria. 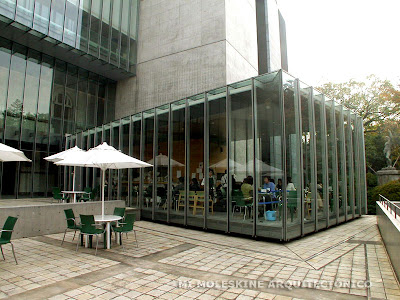 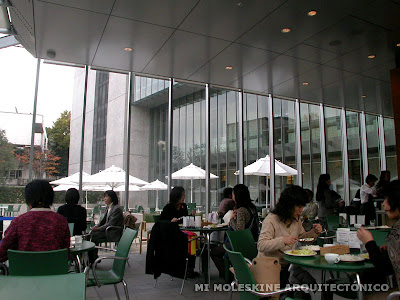 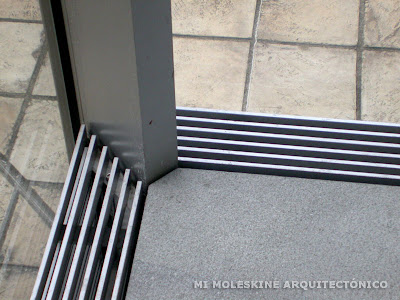 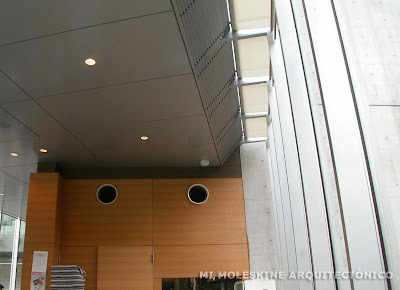 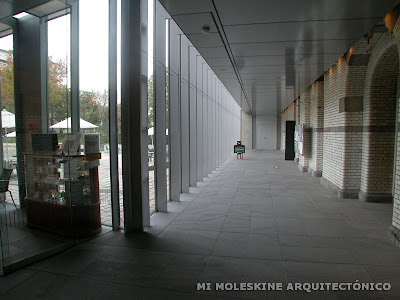 However, the major involvement of Ando is given in the rear of the building, where a large screen integrates the corridors of the library and affords an integral unity, while maintaining full transparency to reveal the original monument. 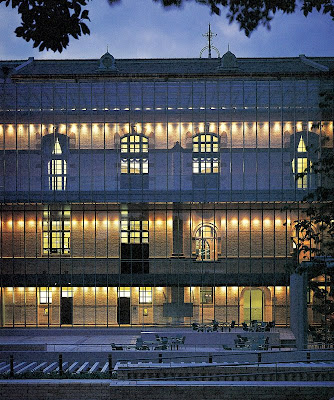 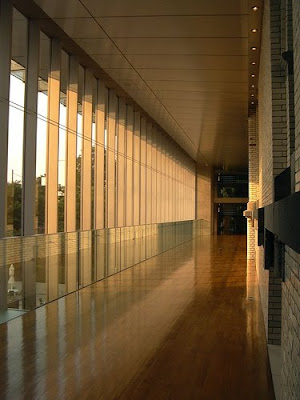 This screen is flanked by a concrete box containing the elevators. 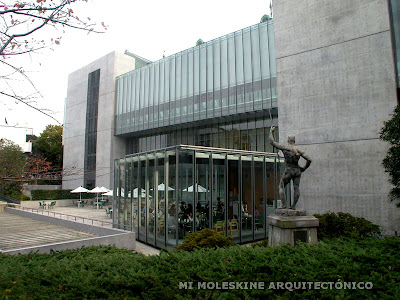 Finally, Ando indulged himself with a slight use of his usual paraphernalia being located in a small sitting near the boundary of the property, harmless to the valuable historic environment that surrounds it. 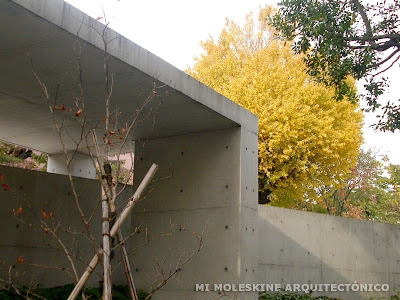 It is noteworthy, not only Ando's mastery to carried out the integration between contemporary and historical elements, but mainly the humble attitude of the architect who did not succumb to the temptation to make his intervention more important than the original, but on the contrary, to almost vanish its own creation in order to emphasize the building that supports it.
Sources: Kanto Regional Development Office 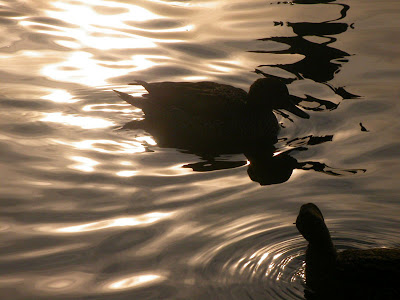 Posted by Carlos Zeballos at 8:26 PM