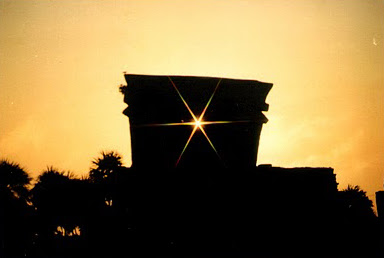 According to Mayan astronomical calculations, something extraordinary will happen this 12/12/21. However, it will have nothing to do with the crazy story about an apocalyptic end of the world, but with alignment of various architectural monuments in the Mayan cities with the position of the sun on that day. One of such cases, less known than Chichen Itza, is Tulum, a city built in the Late Post-classic period (1200-1521 AD) which stands dominant, over a stunning Caribbean seascape of turquoise waters and white sand beaches. 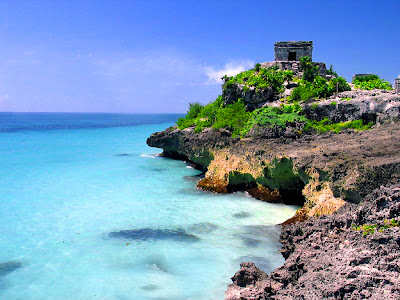 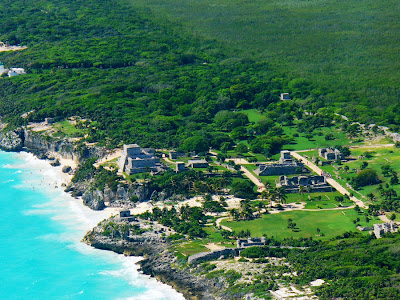 At dawn on the winter solstice, the sun is "framed" on a small window in the building called the Castle, showing the connection of the city not only with its surrounding seascape but with its cosmological environment. 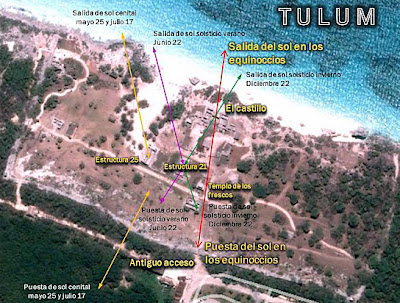 Similar alignments also occur during the equinoxes, when the sunlight passes through an opening and it is projected over a specific building. Such astronomical calculations allowed Mayan rulers to control the population, which must have looked stunned as the sun god was confined and trapped in a building opening following the "orders" of their kings and priests. 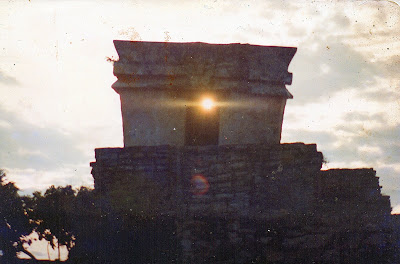 For this reason the city was originally known by the Mayans as Zama, meaning "Dawn" and highlights the impact that this phenomenon had on the local collective memory (using astronomical calculations in architecture is not unique to the Mayans, although these had a very advanced calendar system. In this blog we have discussed similar cases such as the Neolithic monuments of Stonehenge in England and Newgrange in Ireland , as well as the sun temples in Ollantaytambo and Machu Picchu in Peru). 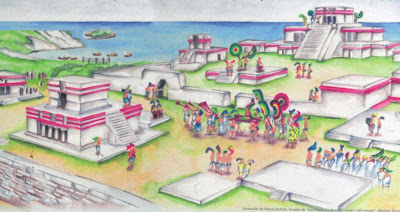 However, the current name comes from an urban feature: Tulum means wall or fence and refers to the 380 x 170 meters rectangular wall  which protects the city from three sides (the short ones to the  north and south and the long one to the west). 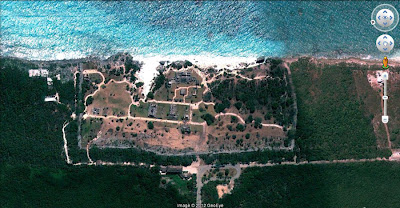 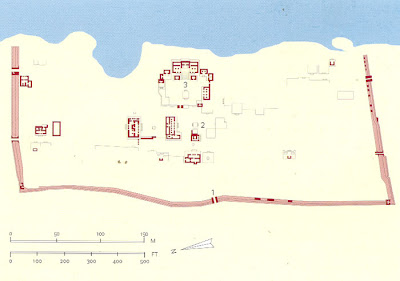 The east side was protected naturally by the cliff that overlooks the sea, and that gives the city a privileged visibility over the seascape. The gates on the wall are linked in a unique urban pattern based on the existence of paved avenues that connected the entrances with the main temple. 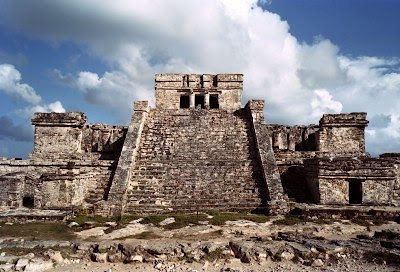 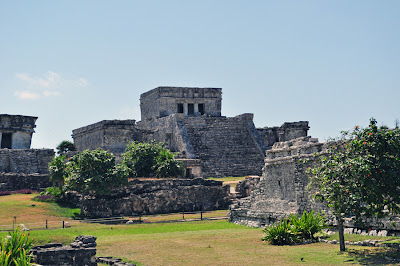 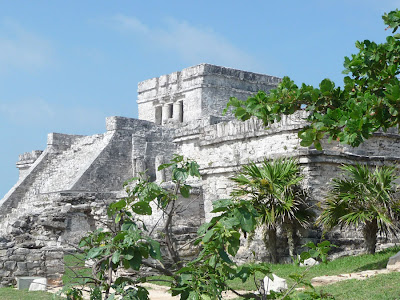 The Castle, front view (from the west) 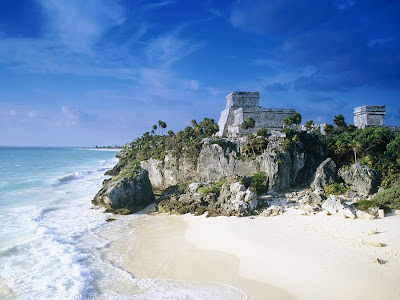 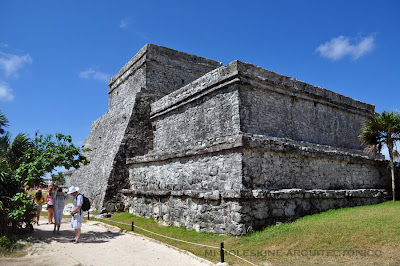 On the architecture of its buildings, historian Gustavo J. Gutiérrez León writes (quote translated from Spanish) :

"The use of broad bottleneck-shaped vaulted ceiling , typical of the Maya culture, stand along with flat roofs constructed of logs supported on the walls. Internal spaces are rectangular and sometimes extended by the use of central columns which supported a wooden lock -Palace and House of Columns. Occasionally buildings have a columned portico, which in the Castle took shape of snakes, as in the analog building in Chichén Itzá. Internally the structures have two or more rooms, in the deepest one there is a small shrine: Temple of the Frescoes, House of Columns- as in the case of Palenque. Equally common is the use of shrines: small independent structures that do not exceed one meter high. 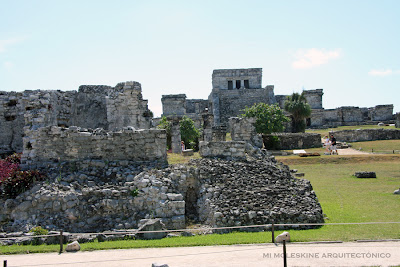 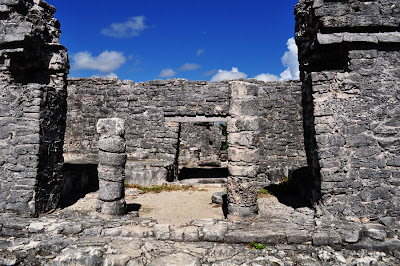 In general, the buildings are low with facades divided by moldings, thus emphasizing their horizontality. Friezes usually have boards in which a character is represented upside down -Temples of the Descending God and frescoes. The walls of the temples are intentionally tilted outwards, giving a peculiar effect. To counteract the load, the door openings are narrow at the top. The lintels are recessed with respect to the facade beyond the edge of the accesses. 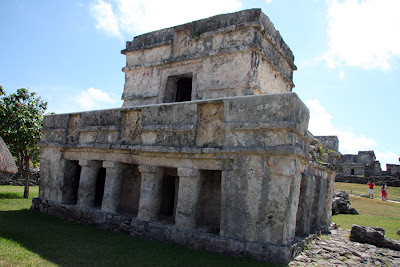 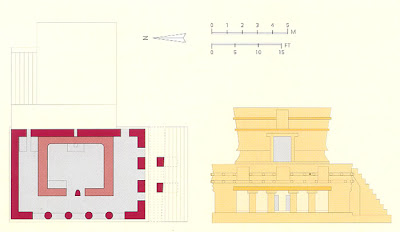 Temple of the Frescoes

But there are also unique architectural features of the place. Stucco masks on the corners of some buildings, such as the Temple of the Frescoes, hence the character is identified as Itzamna, the most important deity in the Mayan Post-classic period. Another feature of the Maya culture in general, linked to architecture, appears in Tulum: mural painting. As elsewhere in the Post-classic period, the characters are gods and not humans anymore -Temple of the Frescoes and the Descending God. " 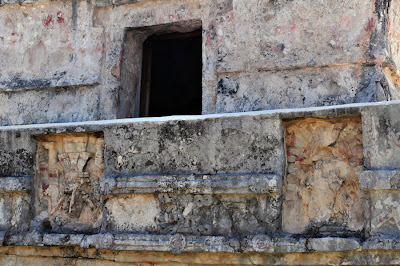 In 2006 Arquine conducted an academic competition for a museum (never built, by the way) whose winners were the team 5NOVE/Alessandro Consol. The proposal was entirely underground to avoid interfering with the surrounding monuments, but it was connected to the outside by means of light wells in the form of truncated pyramids. 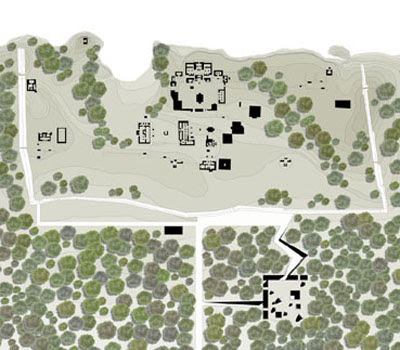 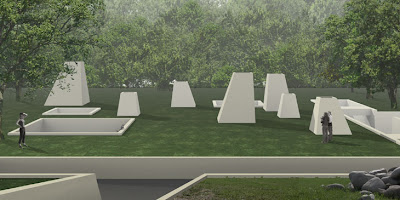 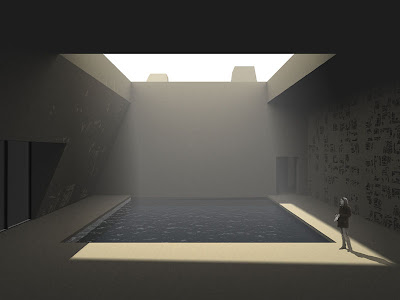 Due to its location, Tulum must have had an important role in regional trade. While the scale of the buildings is not as monumental as in other Mayan cities, nor its building have very special finishings, we were  enormously impressed by its spectacular location in the landscape and their profound astronomical knowledge in the service of architecture . 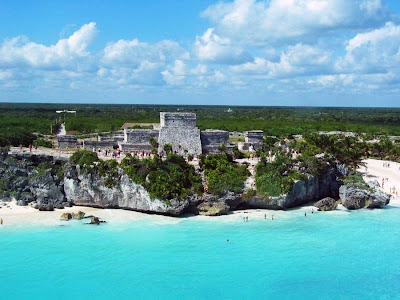 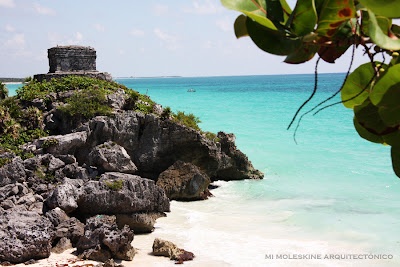 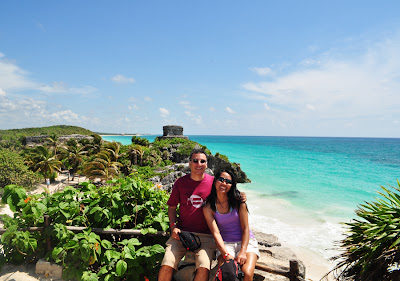 Posted by Carlos Zeballos at 2:46 AM