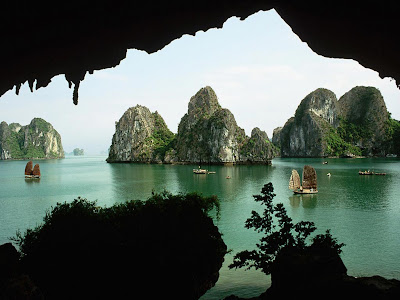 This non-architectural post is dedicated to Ha Long Bay (or Halong) in Vietnam, a landscape that, due to the symbolic value that it has for its people is probably the most  renown in Vietnam, but also because of its unique geological and geomorphological structure has been considered a World Natural Heritage site by UNESCO, and chosen one of the New 7 Wonders of Nature. 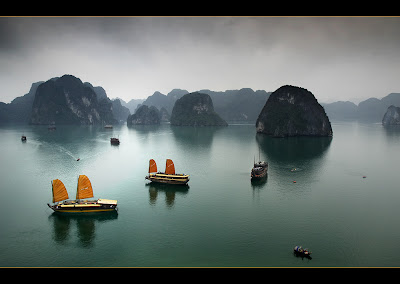 Ha Long means "descending Dragon" because, according to legend, a group of dragons descended from heaven as a gift from the gods to the ancient Vietnamese people, in order to help them fight their enemies. Those dragons spat out jewels and jade, which eventually became rock thousands that populated the bay. In addition, the larger islands are no others than the petrified family of dragons. 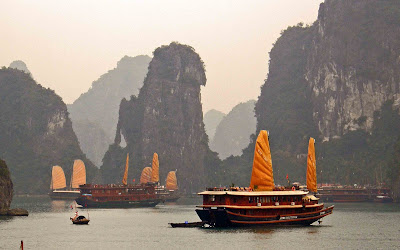 There are actually similar formations in other areas of the region, and the first time I saw emerging vertical rocks as if they were floating on the water was in Phi Phi Islands, Thailand. There are also other examples in the Philippines, China and Okinawa, Japan. But nowhere in the world there is the same number and density as  in Vietnam.

There are over 3000 rock formations, vertical and giant moles whose chromatic tones are diluted until they seem to vanish in the haze of the horizon. 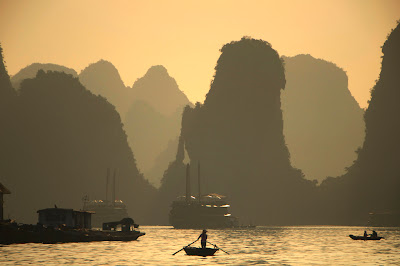 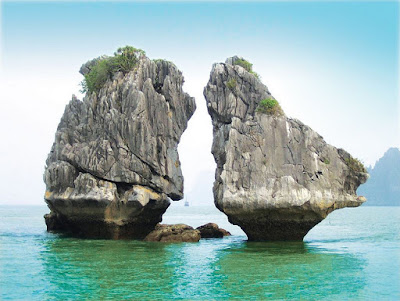 Some of the rocks acquire peculiar forms, such as the so-callede Fighting Cocks. Photo courtesy of Ha Long Travel.

Also, part of the landscape are the fishing vessels, conducted by fishermen wearing the typical conical straw hats, although it is true that there are also many boats dedicated to "fishing" tourists. 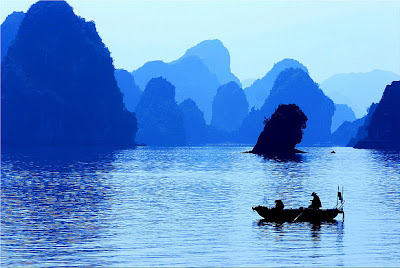 In addition to the magic that this scene conveys, in many cases the action of the sea and the elements has been eviscerated the inside of these rocks, producing impressive caves, dramatic geological formations which appear to have been carefully sculpted. 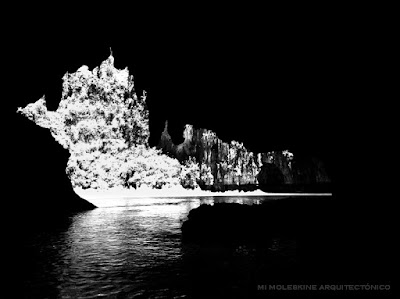 The following is a slideshow of our visit to Ha Long Bay.


I take this opportunity to wish you a prosperous 2012 and to thank you for your kind read.

Posted by Carlos Zeballos at 8:30 PM