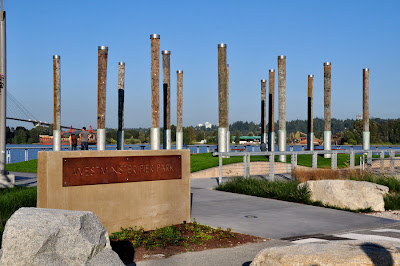 
New Westminster, the oldest city in the urban conglomerate that forms Metro-Vancouver in Western Canada, has recently opened a linear park on the banks of the Fraser River. The project promotes social and environmental rehabilitation and has become a catalyst for the public life and economic development of the entire surrounding area. The project has received general acclaim, wining the National Award for Sustainable Communities, the annual prize from the Federation of Canadian Municipalities of Canada and  the national Brownie Award from the Canadian Urban Institute for sustainable remediation technologies. 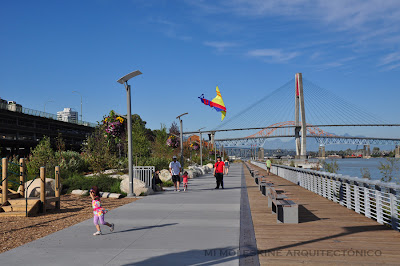 
The park was built on the old pier that originated the city of New Westminster; subsequently, as in many riverfront areas in the world, it became an industrial area. Nearby, the Lytton Square was located (where a  local market was built), designed by Colonel Moody and the Royal Engineers in 1893, becoming the heart of the city. 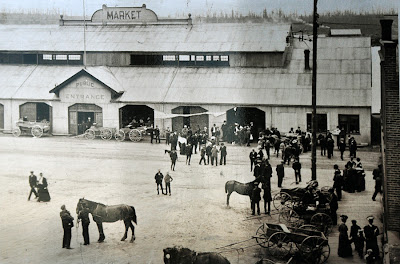 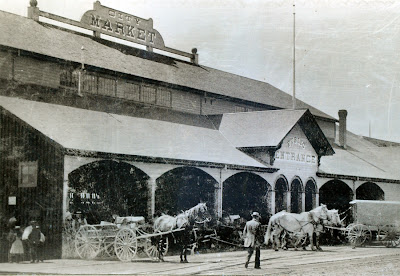 Before the park was constructed, the city was cut off from the riverfront. The railway divided the urban area from the abandoned industrial brownfield located by the river and a bulky three-story parking lot, built over the coastal road, blocked physical access to the riverfront. This situation made this city, once a major regional port, turn its back to the Fraser River. 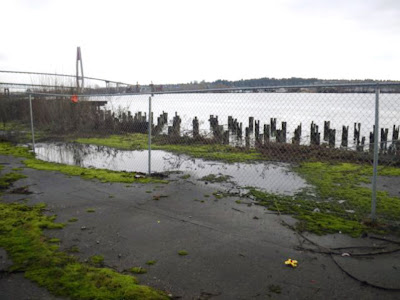 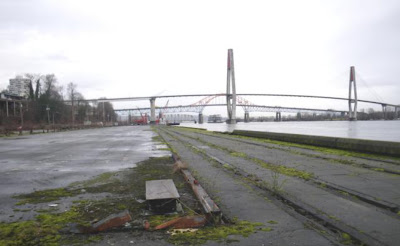 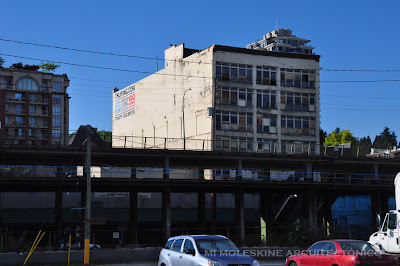 In 2009, the New Westminster City Hall acquired a 3.8 hectares abandoned industrial area by the river, at a cost of 8 million CAD. In addition, another $25 million from the federal and central government were required for the implementation of the park. 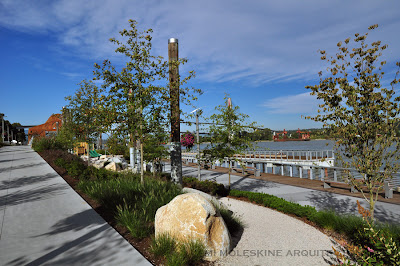 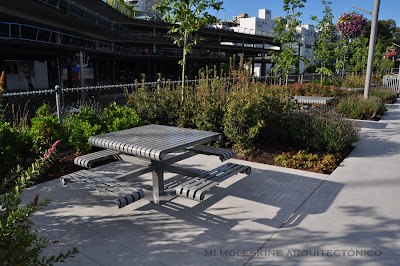 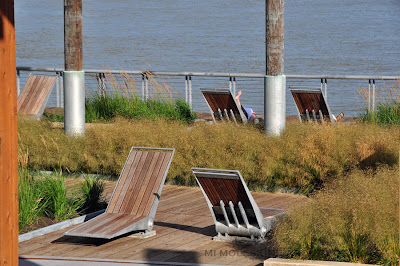 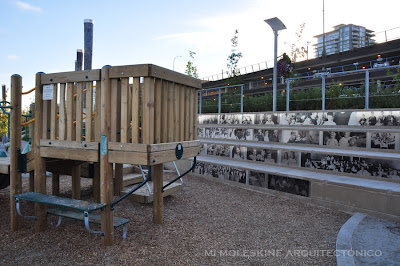 The project is the work of landscape architect Bruce Hemstock, who is also a resident of New Westminster, and who conceived the park on three themes: "The river, the past, the people". 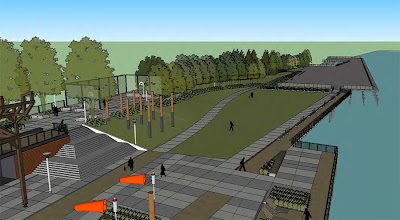 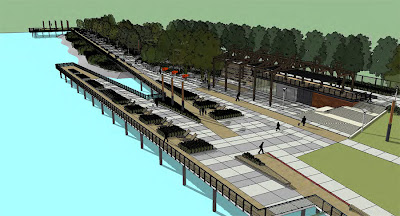 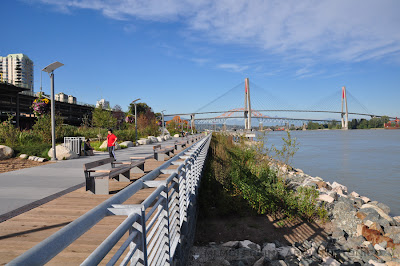 Hence, the park uses elements reminiscent from the past. For example, in the so-called Lytton Square within the park, a stylized pergola evokes the original market building, erected in 1893 not far from this place. 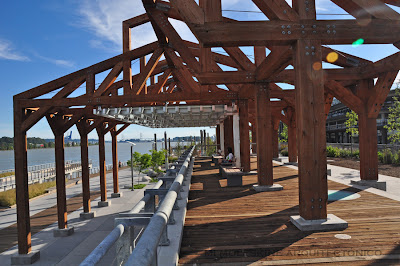 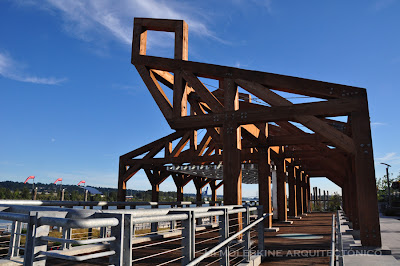 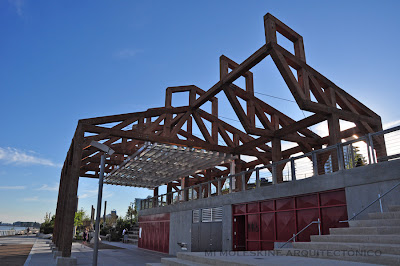 Another recurring allegory are the piers on which the park is supported and which, at times, protrude from the surface to form "forests". There are a total of 3015 wooden poles and 176 steel pilings . 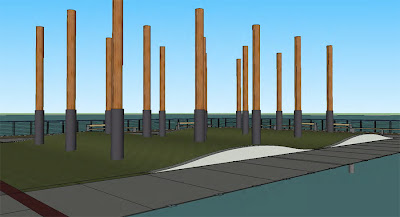 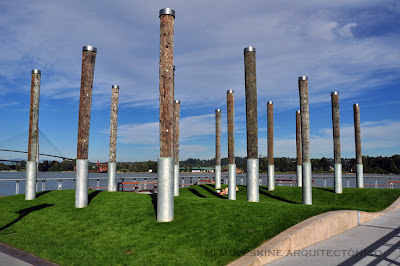 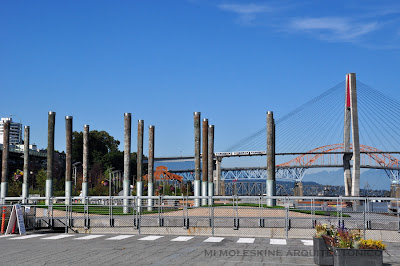 Approximately 55% of the park area was built on water, reinforcing its  aquatic nature and its pier character. 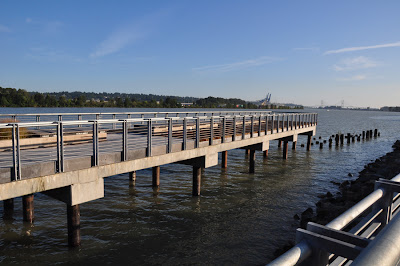 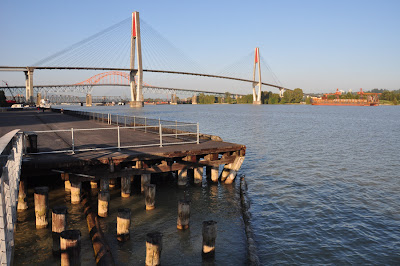 In addition, photographic prints on metal plates as well as a metal strip that records the most important historical events of the city, highlight the commitment of the design to be rooted in the history of the place, without loosing its contemporary character. 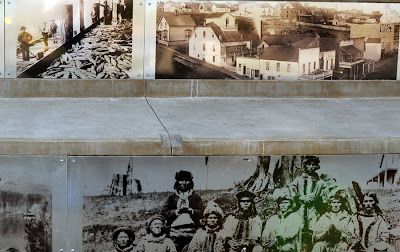 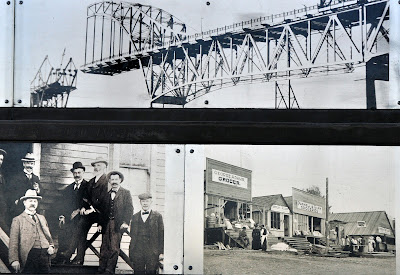 The vegetation it is also an important factor in the design as it occupies 30% of the park area. In addition to the 3240 m2 of grass, several native species have been included, a gesture that evokes the Yorkville park in Toronto . There are a total of 19 tree species, 39 types of shrubs and three species of grass. 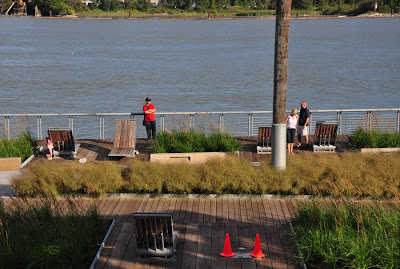 In the short time since the opening of the park, it has become a catalyst for the surrounding areas. For example, the old facades facing the river are beginning to be recycled as terraces and restaurants open to the public and, as seen in these pictures. The positive impact will also affect the value of surrounding properties as well as the economic and social recovery of the city. 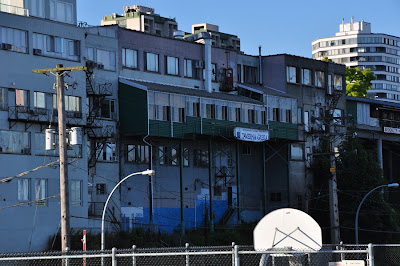 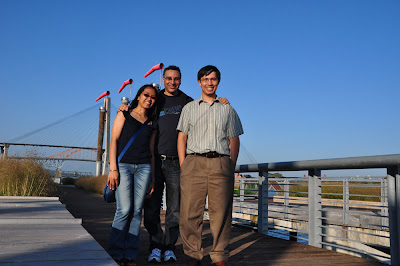 Along with our friend James Diaz
Posted by Carlos Zeballos at 9:34 PM