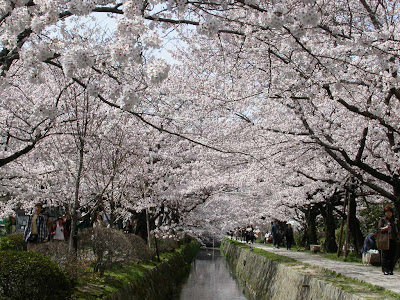 "If my heart can become pure and simple like that of a child, I think there probably can be no greater happiness than this."
Kitaro Nishida (1870-1945) 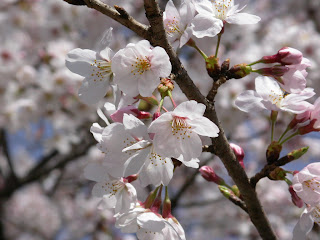 Kyoto is a city located in a valley, surrounded by forested mountains to the east, north and west. Since the mountains were considered as the realm of the gods while the flat land was the domains of the humans, the area occupied by the foothills of the mountains, the interface boundary between forest and city, was an area of profound symbolic and ritual value, and is in fact the area where many temples and shrines were located. 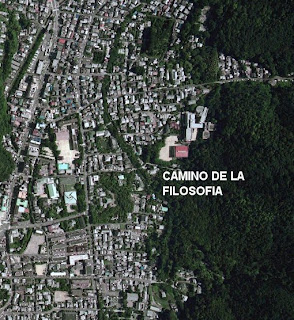 See location on Google Maps
Just at the foot of the Eastern mountains of the city, called Higashiyama, is the Path of Philosophy or Tetsugaku no michi, a graceful promenade that accompanies the lively discourse of a water canal, communicating the Silver Pavilion (Gingakuji) in the Northern to the Nanzenji temple to the south. 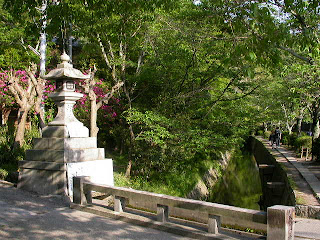 It is a scenic route, away from the busy city and located on the border between the city and mountains. Despite the urban expansion, the contact with nature, as it was originally designed, still remains in many places.

On the edge of the road and deep into the mountain there are a few temples like Honen-in and Anraku-ji. In addition to its utilitarian function, symbolism and landscape, it also has an environmental role, as the waterways minimize the effects of hot Kyoto summer. 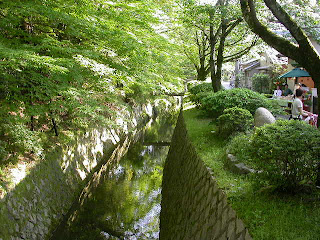 The Path of Philosophy acquired its name because the renowned philosopher Kitaro Nishida used to walk along this way, immersed in deep contemplation and meditation. Today, this quiet grove becomes a major tourist destination during the hanami or cherry blossom season. 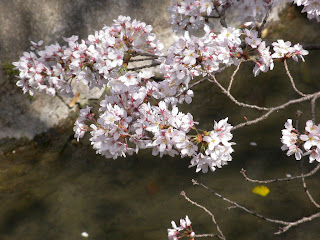 And while it is interesting to visit at any time of year is especially daunting to walk under the tunnel made by white-pink cherry blossoms ... 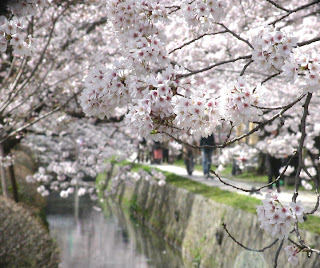 ... but it is also impressive in autumn, when the tones of the foliage range between yellow, orange and red... 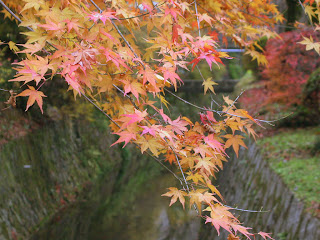 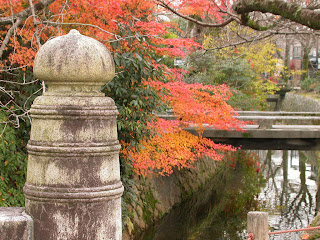 ... well, although a snowy day has also its special charm. 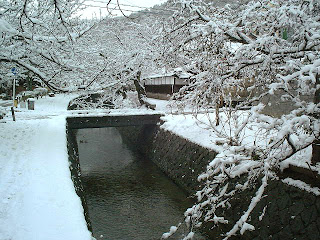 One of the most notable residents of this path is a tiny tea house, which is almost hidden, crossing a bridge at the south end of the promenade. This will be the subject of the next post. 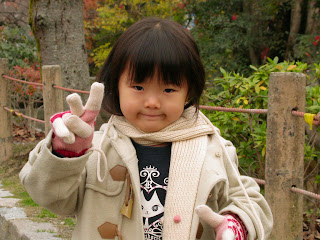 Posted by Carlos Zeballos at 5:09 PM